November is often known for Movember or Thanksgiving, well, now you can thank Dundle Magazine for giving you the lowdown on all the upcoming game releases this month. I mustache you, are you excited for blockbuster titles like God of War Ragnarök and Warzone? Then, get yourself ready for the end of days and grab some game credit to be prepared! 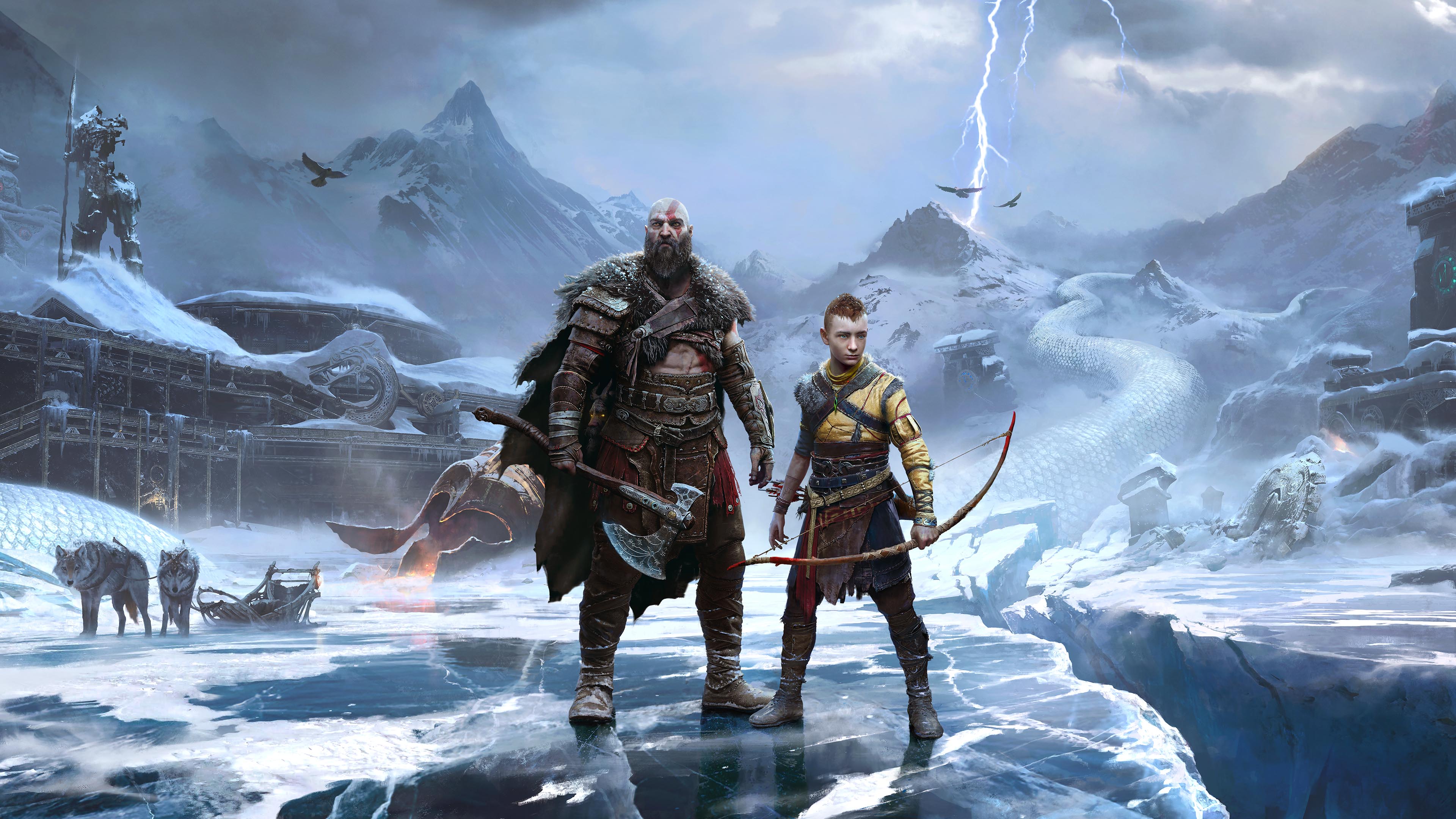 Speaking about the end of days, the end of 2022 is upon us and that’s perfect timing for God of War Ragnarök. The developer behind this game, Sony’s Santa Monica Studio, worked for at least 4 years on this title. Gamers expected this reboot of the franchise to be another trilogy, but this sequel to God of War (2018) is going to end it all. With Kratos and his son Atreus, you will travel to the rest of the nine realms. Loosely based on Norse Mythology, the game will, again, be set in ancient Scandinavia and will cover parts of Ragnarök. In Norse Mythology, it’s a series of events about the end of days, including a great battle, foretelling the death of numerous Gods, natural disasters, and the submersion of the world in water. After this, the world will rise again, cleansed and fertile, with the surviving and returning gods meeting and the world will be repopulated by two human survivors. What we’re really going to experience of Ragnarök, is still a mystery.

God of War Ragnarök takes place three years after the previous game. Fimbulwinter, a great winter that spans three summers, is drawing to a close signals the beginning of the prophesied Ragnarök. Kratos and Atreus are looking for a way to prevent Ragnarök while attempting to uncover answers behind Atreus' identity as Loki. Through your journey, you will find new friendships and new enemies while meeting Týr, the Norse God of War, along with Thor, Odin, Freya and many more.

Without even playing the game yet, GoW Ragnarök already feels bigger and better than its predecessor! We can expect new weapons and tools, new enemies, the use of a grappling hook and new combat summons from Atreus. These additions sound so awesome that we cannot wait to play the game ourselves. Hands down you are going to love this sequel too, BOI! 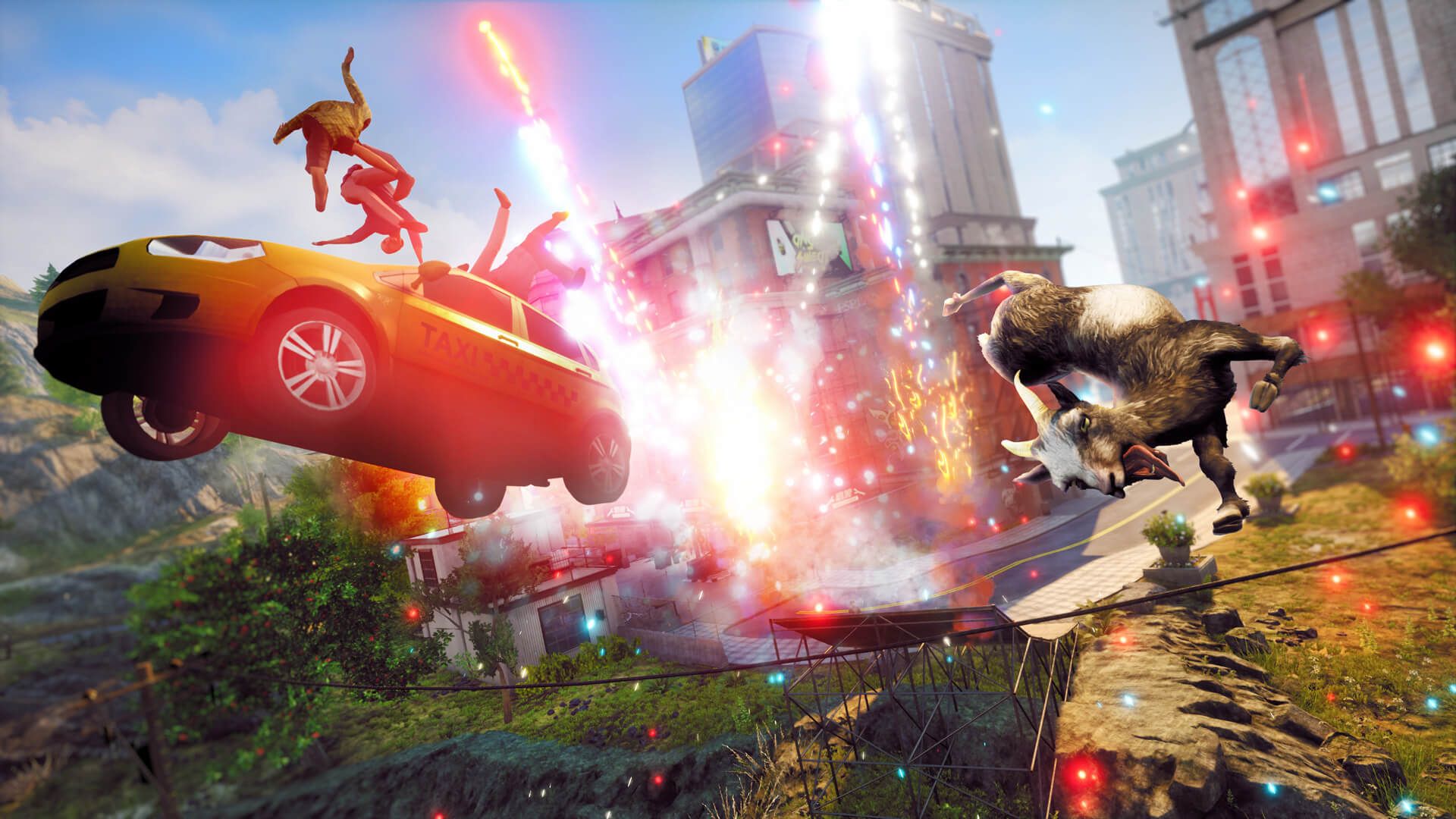 The much-anticipated sequel Goat Simulator 2…, I mean 3, is to be released this November. From the ghostly Boos in October to the Baas in November, this third-person sandbox adventure game will get you off your hooves. It stays true to much of what worked well with the original Goat Simulator, keeping the headbutts, licks, triple jumps, and all-out chaos. This game is set on the giant island of San Angora, and with so much to explore it keeps things fresh and exciting. Don’t just explore the island on your own, grab some of the GOATs in your friend group and hop onto Goat Simulator 3, play up to 4-player locally or online and cause mayhem.

We believe there are some cool features that you have to try out. Customize your goat to become the GOAT with different styles and fashion pieces to try out. You’ll have to try some alternative modes of transportation like goats in cars or maybe even exploding yourself across the island. Yes! you read correctly, EXPLODING. Truly interact with the in-game environment and test the limits.

If you’re in the market for a video game to play with friends, you won’t go wrong with giving Goat Simulator 3 a try! 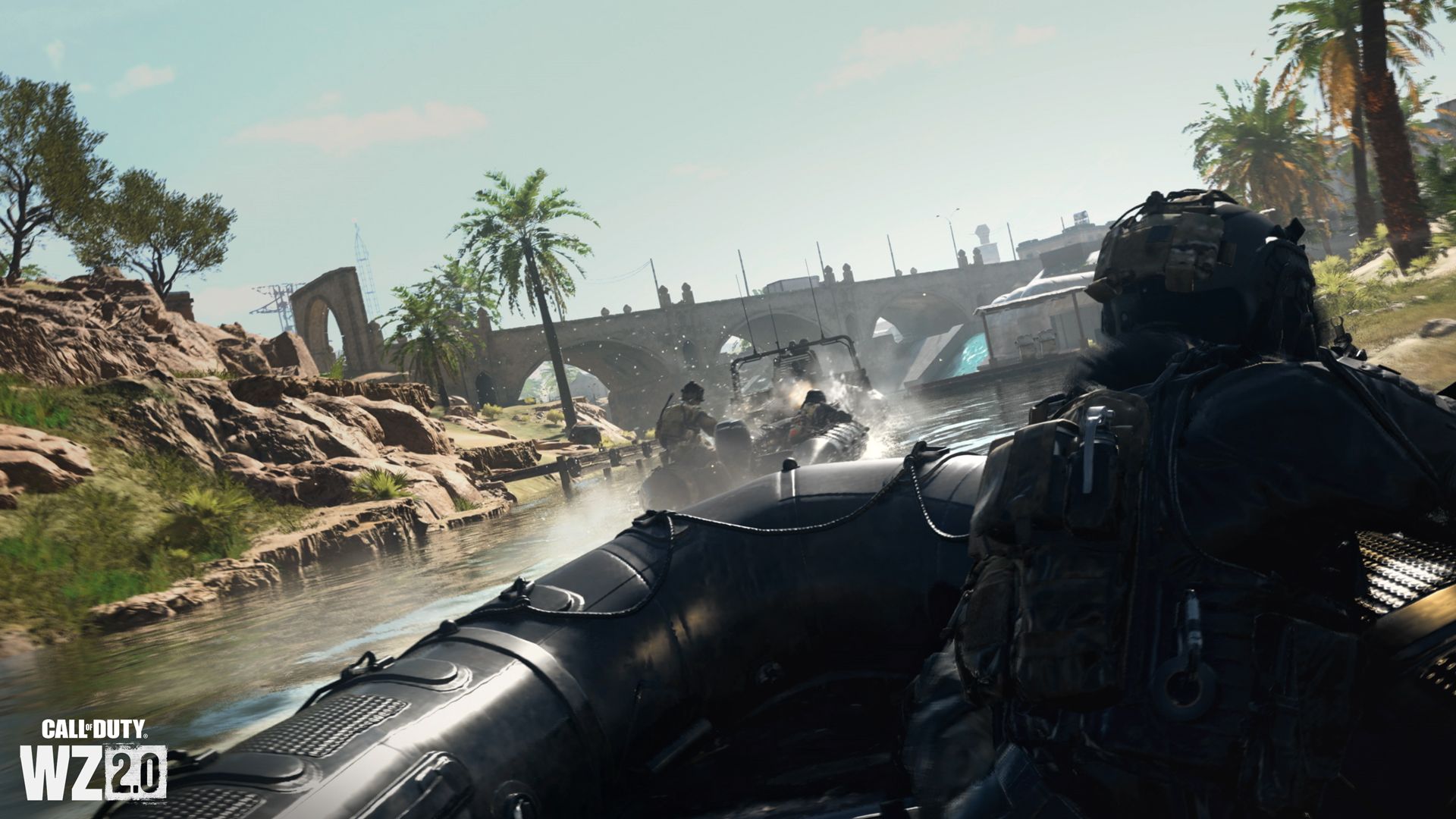 Call of Duty has been a very popular franchise for a long time now, and with the arrival of Blackout in 2018, publisher Activision hopped on the Battle Royale bandwagon. After Blackout, the developers brought us Warzone and now, the updated version, Warzone 2.0, is coming to our shores. With only a few weeks left to wait, our patience is wearing thin. We want to get our hands on this title ASAP.

Warzone 2.0 comes with a new map, which if you are familiar with Battle Royale games, you know is HUGE news. We travel to Al Mazrah, a map built from the ground up. It’s immense, dynamic and rewarding, with an emphasis on loading up your favorite custom weapon, dropping in, and exploring the landscape, looking for weapons, ammo and of course.. enemies. Expect a massive metropolitan area featuring coastal towns, depots, deserts, rocky peaks, subterranean spaces, industrial areas, rivers, and an entire city to explore. The focus in battles lies on land, air and water. This makes the whole gameplay, but especially the fights, more dynamic than ever.

Not only is the map and strategy of combat new, but you’ll also find new vehicles, an upgraded Gulag, and for the first time, AI opponents also join the battlefield.

Last but not least, one of the most unique new features we’re really excited about is the variations on the circle collapse. Battle Royale games introduce a smaller combat area every few minutes, but Warzone 2.0 has put their own spin on things, introducing multiple shrinking circles. This will affect how you approach the game and the air of freshness to the gameplay. We like these improvements a lot, although we still prefer the basic gameplay of Blackout: no weapon loadouts, no possibility to buy weapons, but embrace the battle with the weapons and attachments you find on the map. Other than that, let’s see how the new features will bring joy to the field! 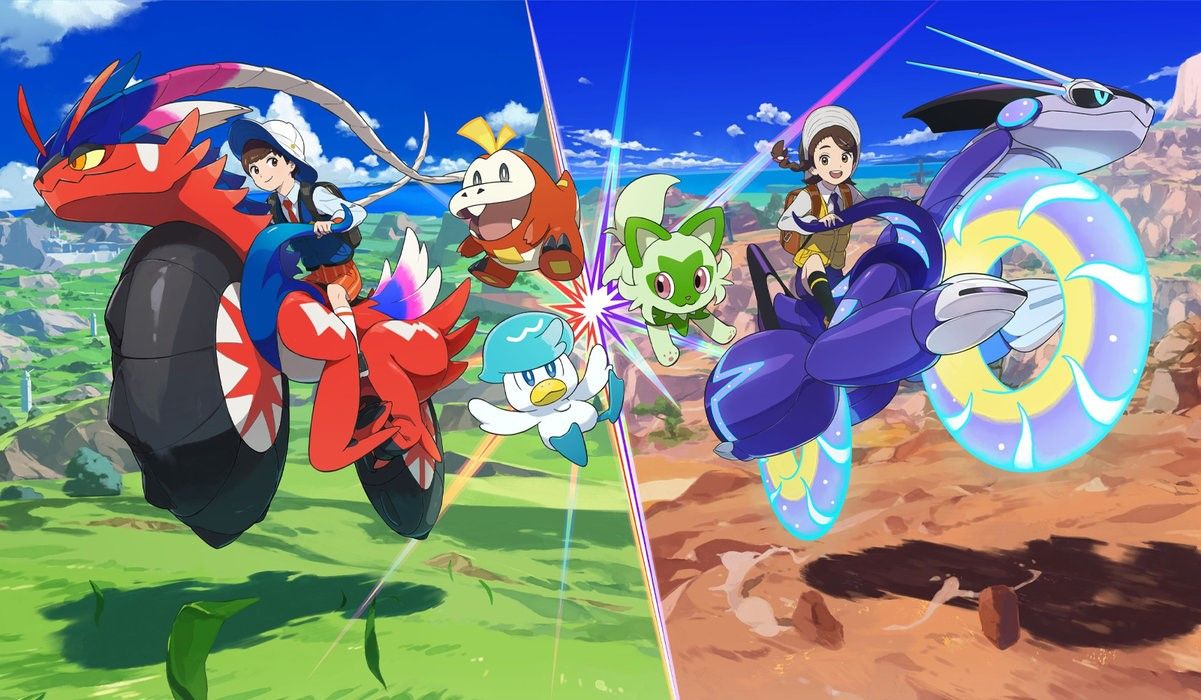 Pokémon Scarlet and Violet brings Pokémon into the open-world RPG gaming world for the first time. This is a whole new kind of immersion into the Pokémon world. So you are free to roam the region of Paldea bubbling with Pokémon to discover. As a player, you’re free to explore this new world at your own leisure rather than being dictated by a specific storyline. We believe this to be a strong asset brought to Pokémon Scarlet and Violet. It opens the world to players, now only restricted by their imagination.

With new Pokémon and characters, there appears to be an air of freshness around this game. But when it comes to Pokémon, it is also important not to change too much, as there are some series staples that we just know and love. Thankfully, trading, battling and multiplayer gameplay will all be featured in the newest edition to the Pokémon game franchise. Dundle is hyped for Pokémon Scarlet and Violet about as much as the world is hyped for catching their first Lechonk. 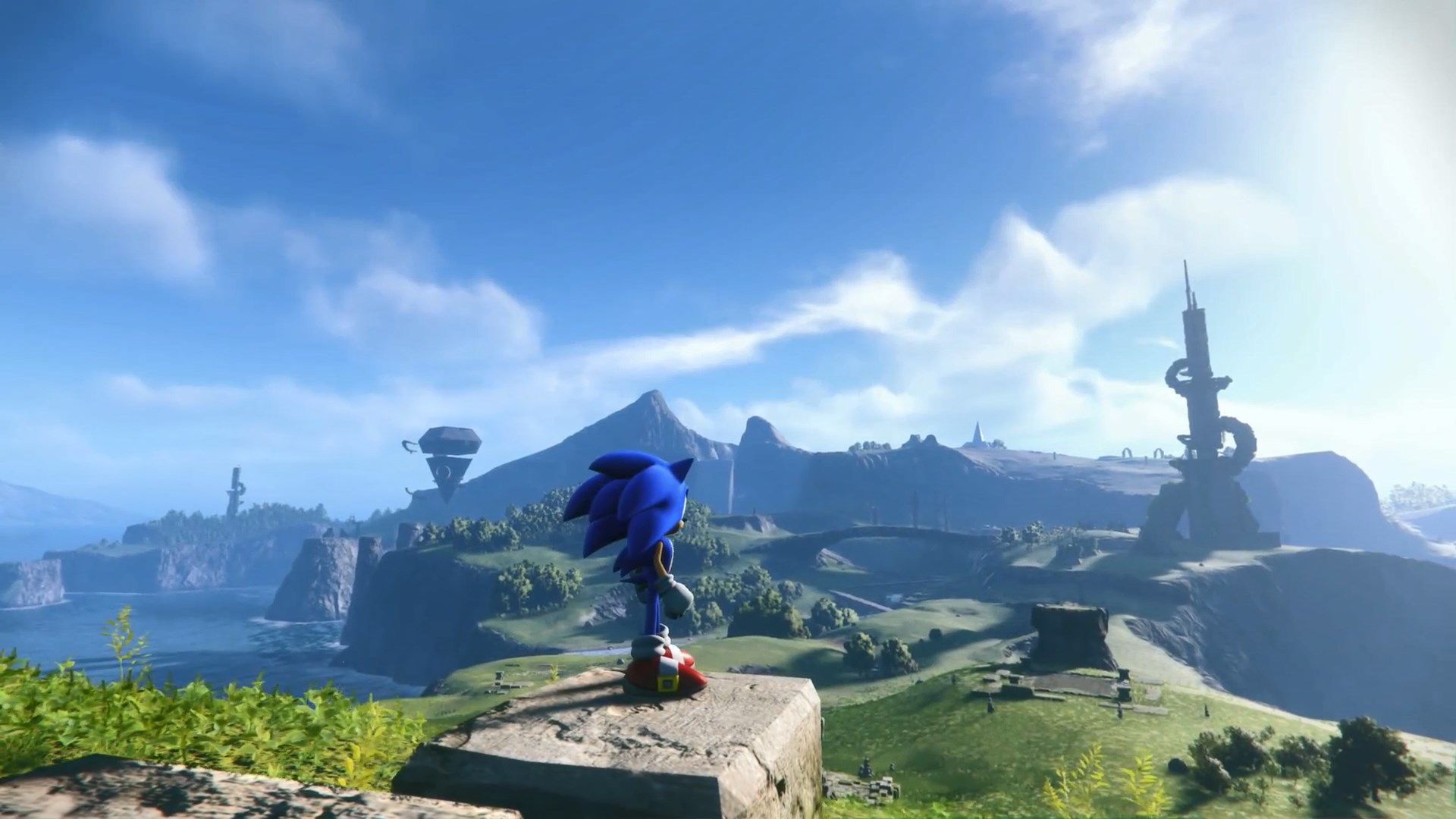 Sonic goes big with Sonic Frontiers. It is the first time we get to play in an open world, which gives you massive freedom. The world is called Starfall Islands and consists of 5 islands to discover. Your task as Sonic, the familiar blue hedgehog, is to find the missing Chaos Emeralds and save Starfall Islands from a new evil. Run through plains and vast valleys to fight enemies, climb gigantic towers, explore every corner of the area not to mention solve many puzzles along the way.

Besides new gameplay possibilities in this 3D open world, like running wherever you want and exploring more environments than before, there is also the right amount of familiarity to this game. Sonic Frontiers is packed with Cyber Space portals on the islands and these teleport Sonic to familiar levels from earlier games. You'll be racing through the Green Hill Zone and other iconic levels in no time. Lately, every Sonic game is a hit or miss. I am so happy SEGA is trying something new and innovating the franchise, and it would be nice if it works out. Will you be running to get this title? 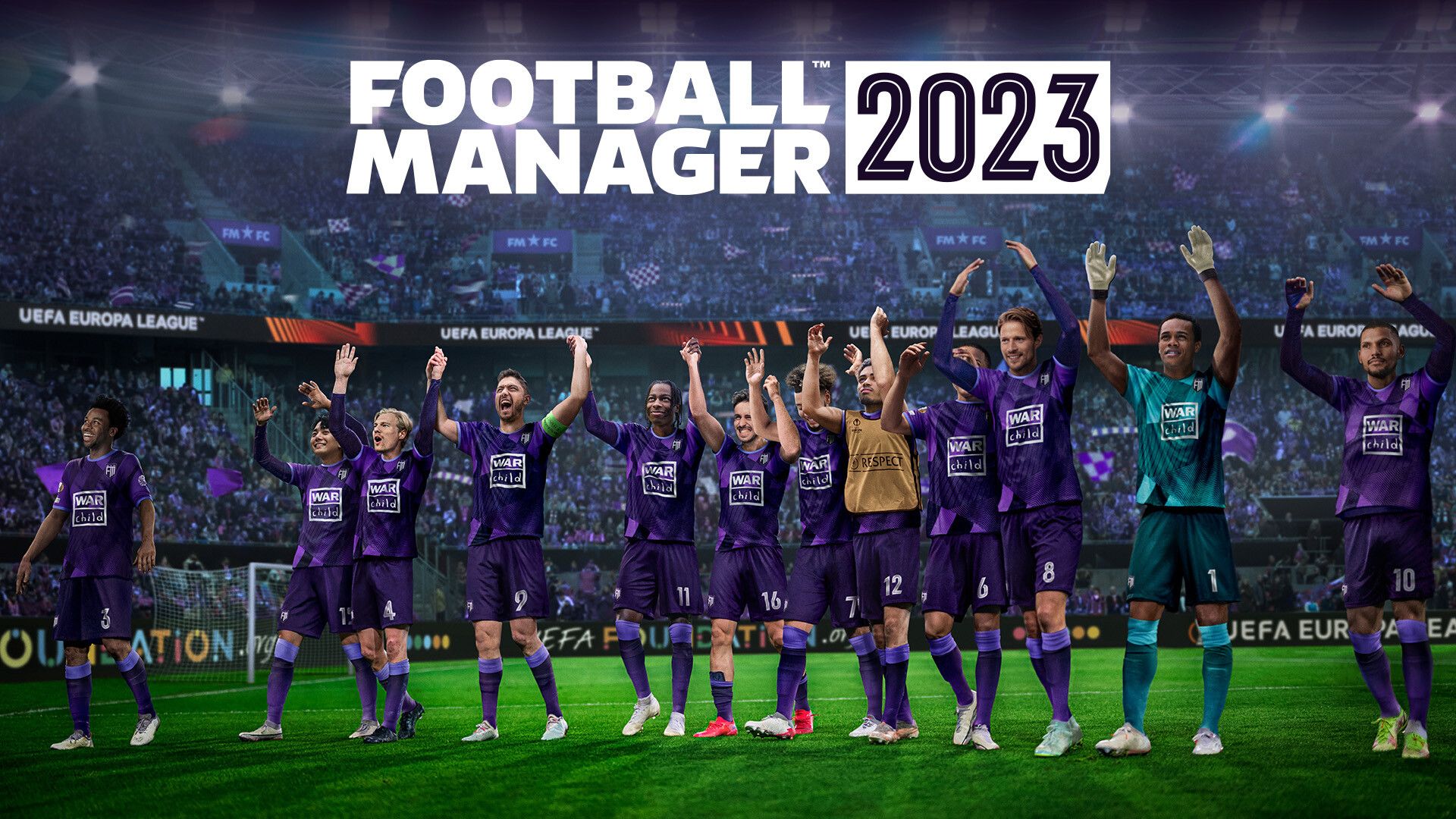 We brought you FIFA 23 content, and now we bring you Football Manager 2023 content. This remarkably true-to-reality football manager simulation game takes your tactical nous to another level. FM23 bases their game on extensive conversations they have had with Directors of Football, data analysts, scouts and managers. Embark on your managerial journey as you cement yourself into the beautiful game. And there are plenty of new features to get excited about.

There is smarter AI, thus giving your opponents more intelligent decision-making pathways. Teams will react more realistically when playing an in-form team. Sounds like they will be parking the bus to me! That’s not all, for the first time ever the UEFA competitions feature in Football Manager 2023. FM23 has worked closely on all things realism, which is why the announcement that they work closely with UEFA for this year's Football Manager is rightly tantalizing fans. Dundle’s tip: Be smart with your tactics and team selection regarding the midweek fixtures that the UEFA European Competitions bring. It will bring wanted headaches over squad depth, the footballing calendar, and financial incentives to win those elite competitions.

We all want early access to games right? Well if you pre-purchase before the full release, you can even save 20%. The perfect way to get your managerial career off to a winning start. Speaking of wins, PS5 players will feel like they’re winning as Football Manager 2023 comes to PlayStation for the first time. Whatever the console, grab yourself a copy of the game and prove to the world that there is a top-class manager within!

Other Game Releases to Look Out For in November

There you have it, from goats to Pokémon to Norse Gods, November 2022 promises a rather broad variety of games for you to play. Maybe you read our FIFA 23 article from last month, or perhaps you find yourself, like me, shouting at the television each week thinking you can do a better job than some managers. If so be sure to check out Football Manager 23 and put your managerial instincts to the test.