New year, new FIFA! This summer, Electronic Arts (EA) officially revealed the newest EA Sports addition, FIFA 23, along with tons of exciting new details, features and even pre-order bonuses. According to the reveal trailer and followed by new information on the EA official website, we thankfully got some long-awaited updates, including the FIFA 23 release date, HyperMotion 2 Technology, FIFA World Cup, more women teams, and yes, cross-play! Read on to discover everything you can expect from FIFA 23, “The World’s Game”, shining on your screen very soon!

So what is the release date of FIFA 23?

The official FIFA 23 release date is September 30th, 2022, on all announced platforms. Can’t wait a minute longer? You’re in luck, the game is already ready and waiting for pre-order, so you can play on release or even earlier if you take advantage of the FIFA 23 EA Play 10-hour trial. But more on that in a moment.

On which platforms will FIFA 23 be released?

FIFA 23 will be available on PlayStation 5, PlayStation 4, Xbox Series X, Xbox One, Nintendo Switch, PC, and Stadia. There will be two editions released: Standard Edition and Ultimate Edition, each with its own features for the last generation and this generation. There is also a special version, the Legacy Edition, for the Nintendo Switch. The version for PS5, XSX, PC and Stadia offers all new features and innovations, like better graphics, more realistic animations due to the HyperMotion 2 Technology, and a new and improved atmosphere in the stadiums. Keep in mind that these improvements won’t be available in the version for PS4 and Xbox One.

Yes, and how to pre-order FIFA 23 is quite easy. PlayStation gamers can simply grab a PlayStation Gift Card, top up their gaming wallet and order the edition they want in the PlayStation Store. Xbox, Nintendo Switch and PC players can do the same. Aside from PlayStation, Xbox users can use Xbox credit to pre-order the game in the Microsoft Store, and for Switch gamers, a Nintendo eShop card for the Nintendo eShop. Play PC? Then a Steam Gift Card is the easiest way to get the game for Steam. Even better? Dundle has discounts on these gaming cards in most regions. So get your digital FIFA copy with a discount! 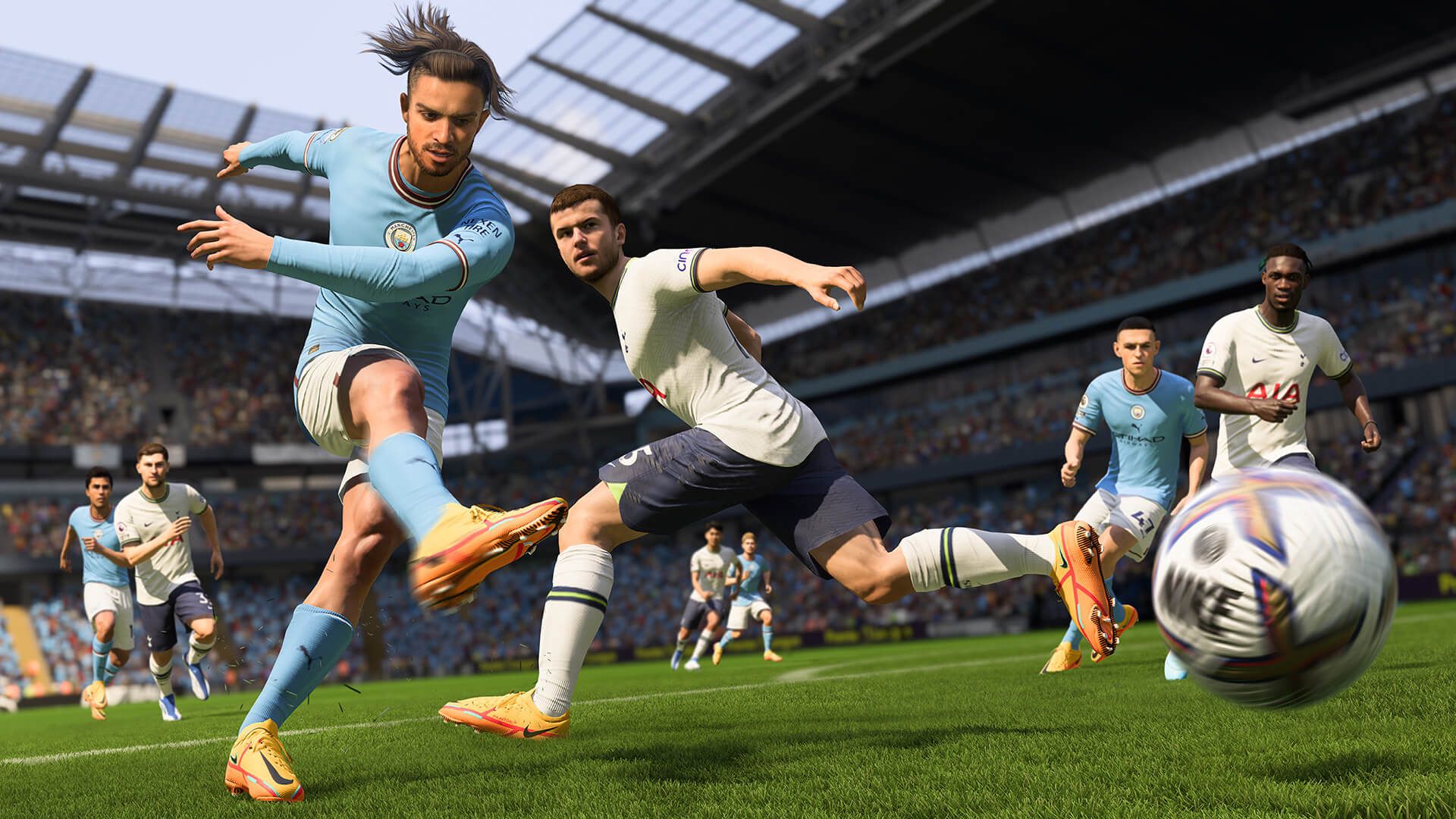 Can you play FIFA 23 early?

Are you dying to play FIFA 23 and September 30th is just too far away? Then we’ve got great news! If you simply can’t wait, you can play the game 3 days early, on September 27th. How? You’ve got two choices. The first, is to pre-order the Ultimate Edition of FIFA 23, which gives you early access. The second option is to buy an EA Play Pro subscription, which also gives you access to the game 3 days before its official release. With this subscription, you also benefit from a 10% discount on the new FIFA.

What are the new features in FIFA 23?

Electronic Arts revealed a ton of new features in the official reveal trailer, followed by even more detailed information on their website. Here are a few highlights. Let’s discuss the cover art, cross-play, a more prominent role for women in football, the new HyperMotion 2 Technology, FUT and the FIFA World Cup for women.

More women in FIFA 23 - because they’re worth it

The role for women in FIFA 23 has been significantly improved with leagues added for the first time to play with women’s teams. The English Barclays FA Women’s Super League and the French Division 1 Arkema will become available. As well as the opportunity to compete in the actual Women’s World Cup that will be added to the game as a free content update. And for the first time in FIFA’s history, a female player is starring on the cover art of FIFA 23. With the official reveal Sam Kerr, Chelsea F.C. Women’s League player, was shown on the cover, alongside with Paris Saint-Germain’s returning cover, star Kylian Mbappé.

Another first-time feature is cross-play in the franchise. With FIFA 23, it is possible to play against each other on PlayStation, Xbox and PC within the same platform generation. So gamers on PlayStation 5 can play with Xbox Series X and S players, PC and Stadia players. And PS4 players can compete against Xbox One, PC and Stadia players. The game modes that will be available with cross-play are Online Seasons, Online Friendlies and within FUT: Rivals, Online Draft, Champions, Online Friendlies and Play A Friend. However, Pro Clubs is not included.

To improve FIFA 23’s realistic gameplay, EA announced the updated HyperMotion 2 Technology. First seen in FIFA 22, this version is even more advanced for PS5, XSX and PC. The technology uses the motion capture data from real players. With this, the player movements during football matches are far more realistic. More detailed motions for individual players, team effort and anticipation are just a few things to look out for.

There are a bunch of new possibilities with this technology. The new Power Shots give players more control in shooting at the goal, and you have a smoother transition from dribble-to-shoot. There are also new skill moves available, such as left-foot skill moves for the left-footed players, explosive fake shots, stutter faint and heel fake to ball roll. Another feature is the completely redesigned set pieces to the game. These allow players to control their shots and crosses in a whole new way. Corners and free-kicks are pretty similar, but now without the reticle from FIFA 22, in favor of a trajectory line indicating where the ball will travel. Also improved is defending, three archetypes of acceleration, technical dribbling, and the realism of more natural reactions from goalkeepers. This technology should give players a whole new experience during matches. 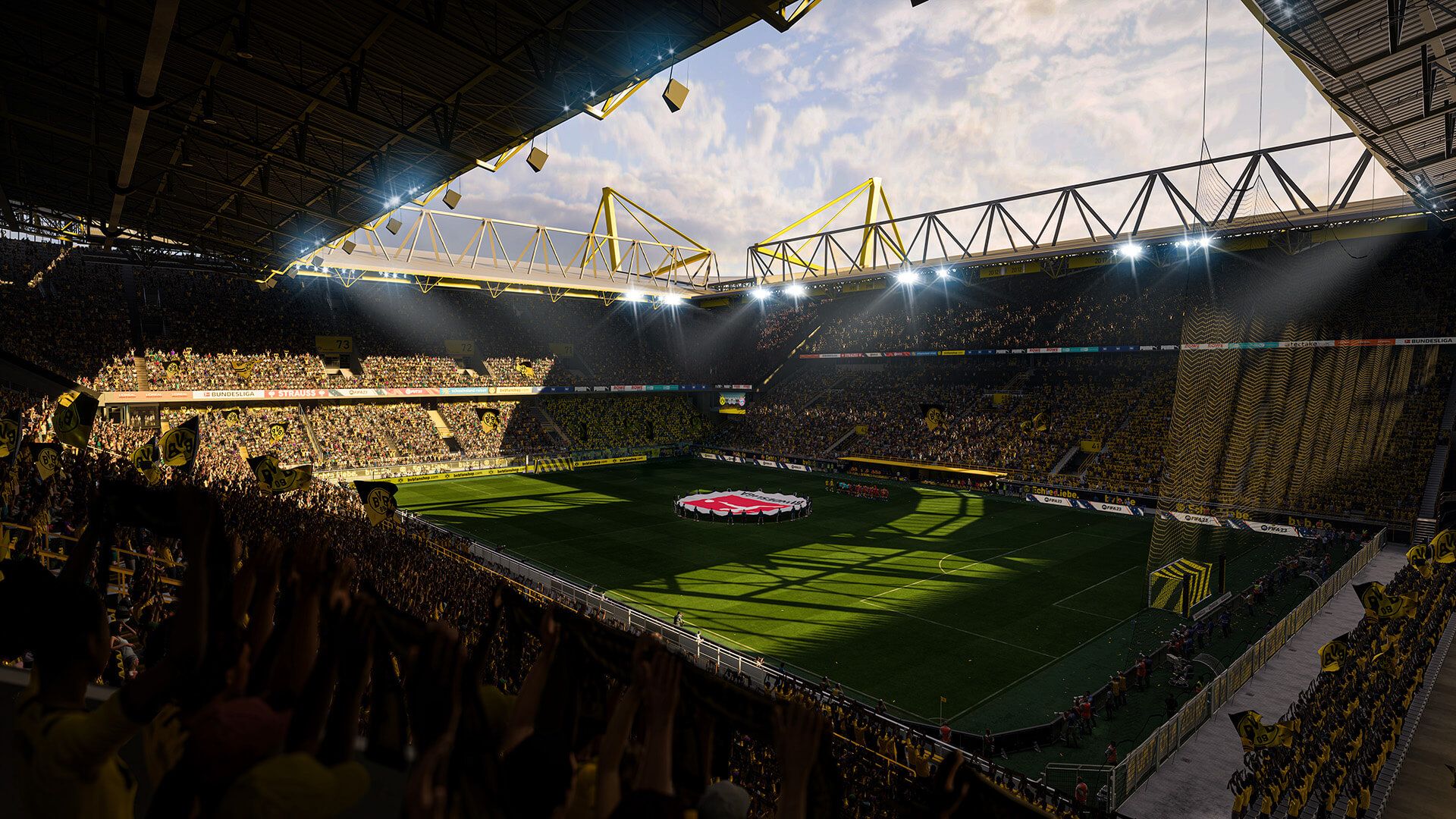 FIFA’s popular mode Ultimate Team, called FUT, gained some new additions as well. In FIFA 23, FUT Moments is introduced as a challenge mode where you can earn Stars to buy players, packs and more in the Gallery. Other features are the redesigned Chemistry system, which raises the in-game stats of your players, and the added assets to customize your FUT Stadium. And as mentioned before, this mode is available for cross-play between the same generation platforms.

Another significant addition is the EA Sports x Marvel collaboration. The companies are uniting to bring fan favorites back to the pitch. Former football players are turned into superheroes from the Marvel Universe. New Heroes added include Ji Sung Park, Yaya Touré and Ricardo Carvalho, all with their unique abilities.

Kick your way to the top in Career Mode

As always, the Career Mode gets an upgrade every year and these are some features you can expect in FIFA 23:

These two modes are not exactly new, but they are now more in line with one another. With Pro Clubs you bring more personality to the pitch with new customization, improvements to Drop-Ins, new perks and much more. Volta Football brings the community together and allows you to express your Pro Clubs progression in newly upgraded Volta Arcades. Personalize your Avatar and make it your own, more than ever before! 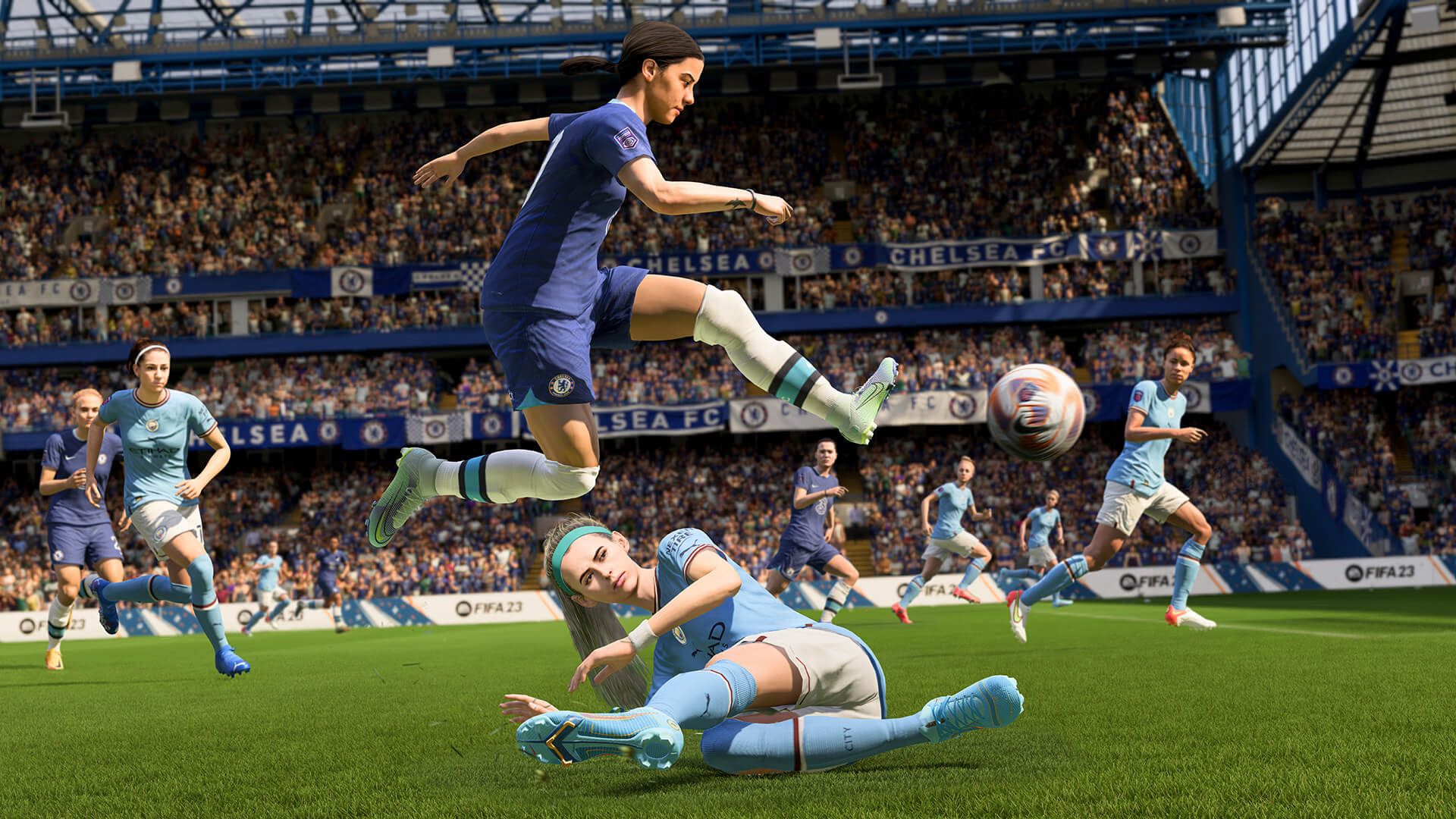 Yes, after FIFA 23, the game is no more, but don’t get too sad yet. Luckily it will only change its name to EA SPORTS FC. The official FIFA name will disappear after many loyal years, but Electronic Arts and their partner FIFA have decided to split up. The company patented the name EA SPORTS FC already in March 2022, so the rumors were out there for some time and since the 10th of May, it is official.

But no worries, EA promises us that everything we love about the FIFA franchise will be continued in the next iterations of the company’s football game. EA SPORTS FC will contain Career Mode, UItimate Team, Pro Clubs and Volta Football. Including a license full of 19,000 players, 700 teams, 100 stadiums and 30 competitions, like Premier League, Bundesliga, Serie A and La Liga. So there will be plenty of virtual football gaming in your future, just you wait!