Summer Game Fest 2022, the replacement of E3 (the biggest gaming event in the world in LA), is behind us and a full-blown summer season is ahead. Big game developers and game publisher studios like Sony, Capcom, Bethesda, and Microsoft showcased their outstanding new games for PlayStation 5, Xbox X/S, Nintendo Switch, and PC. Video game lovers started their summer really hot with showcases of The Callisto Protocol, The Last of Us Remake, Call of Duty: Modern Warfare 2, Starfield, and the new Forza Motorsport. Here are our personal top 5 games to get excited about.

1. The Callisto Protocol – New thrills in a familiar format 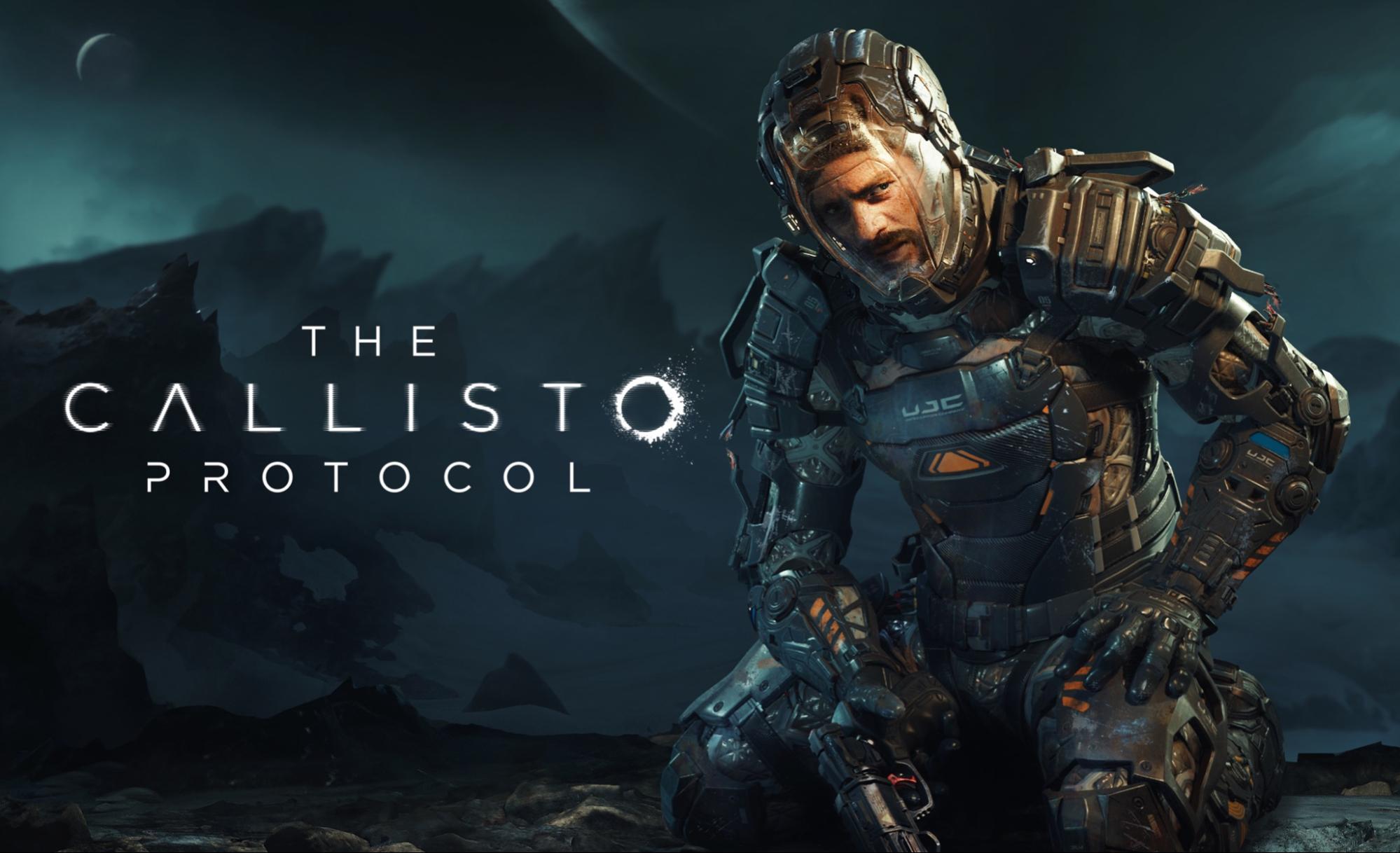 This horror game said to raise the bar of the genre, is also the first title by the new developer Striking Distance Studios. Their CEO however, is not new to the genre. Glen Schofield acquired some fame as the creator ofDead Space. And so far, what's been shown of The Calisto Protocol is almost identical to Dead Space. The story, the atmosphere, the visuals… Even the health bar on the back of the protagonist's neck is one of the original unique HUD (head-up display on screen) elements of its predecessor Dead Space.

But, as a third-person shooter, The Callisto Protocol lays emphasis on choosing the right weaponry and armor for the main protagonist. So much so, that the right choice is crucial for survival. When it comes to the game’s lore, you are exploring the game with a male main character. Space station by space station you clear out zombie-like people and other nightmarish creatures.

So if you are up to a truly horrifying time, grab your PlayStation, Xbox, or PC and be ready for the release on December 2, 2022.

2. The Last of Us Part I – Brings back memories 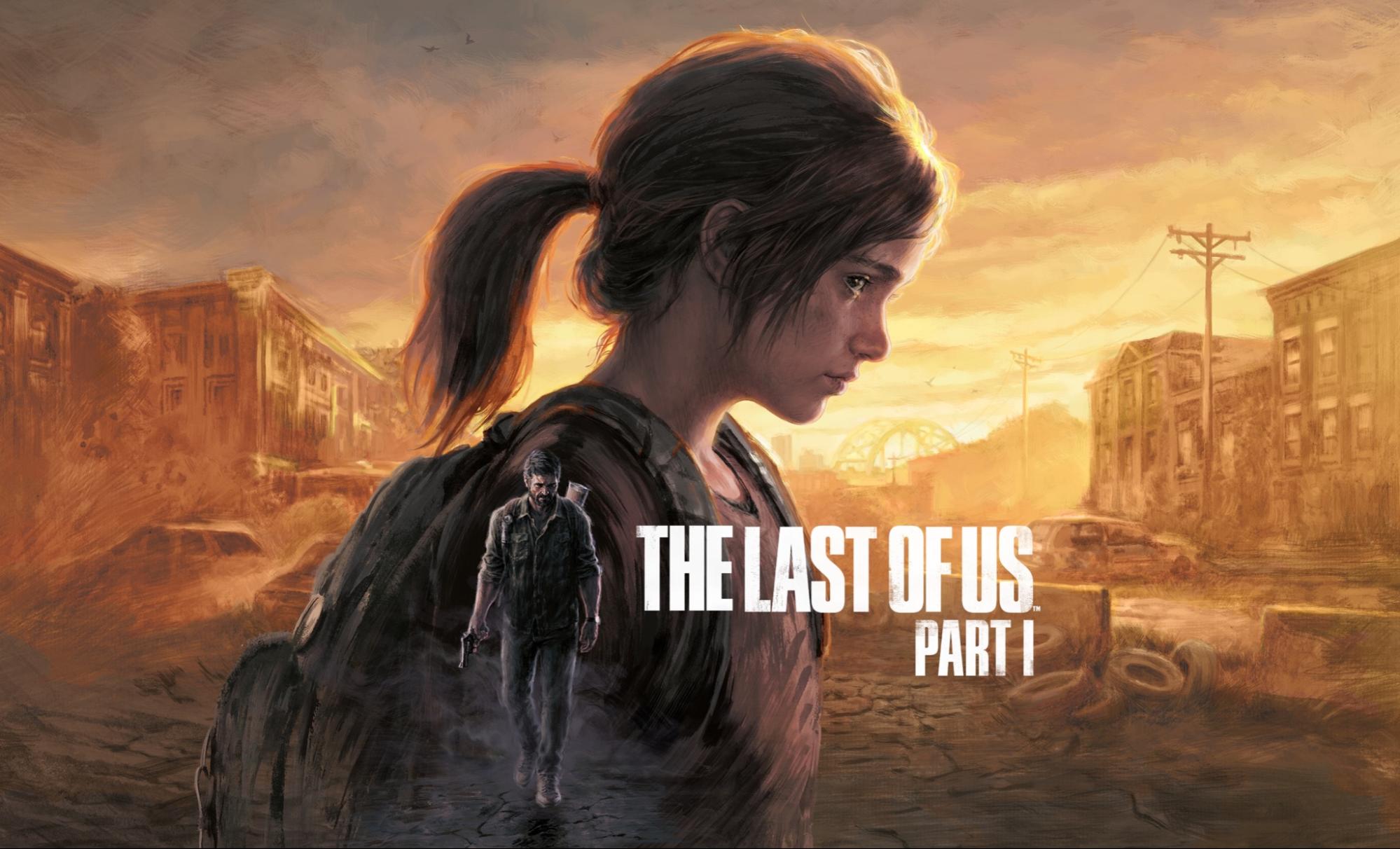 The Last of Us Part I is a remake of The Last of Us, made by Naughty Dog, the team that also gave us series like Uncharted and Crash Bandicoot. At Summer Fest, they shared that this game was actually built up from the ground and comes with additional material to the original version, such as modernized gameplay, extra accessibility options, and the DLC Left Behind.

Watching the first trailer clearly gives you audiovisual improvements and higher-quality animations of a terrifying world full of infected people. Watching it will bring you right back to 2013, if you played the original version. Make sure to be ready for September 2, 2022, when this game hits the PS 5. And keep looking forward to 2023, as the developer announced a standalone multiplayer mode for next year! 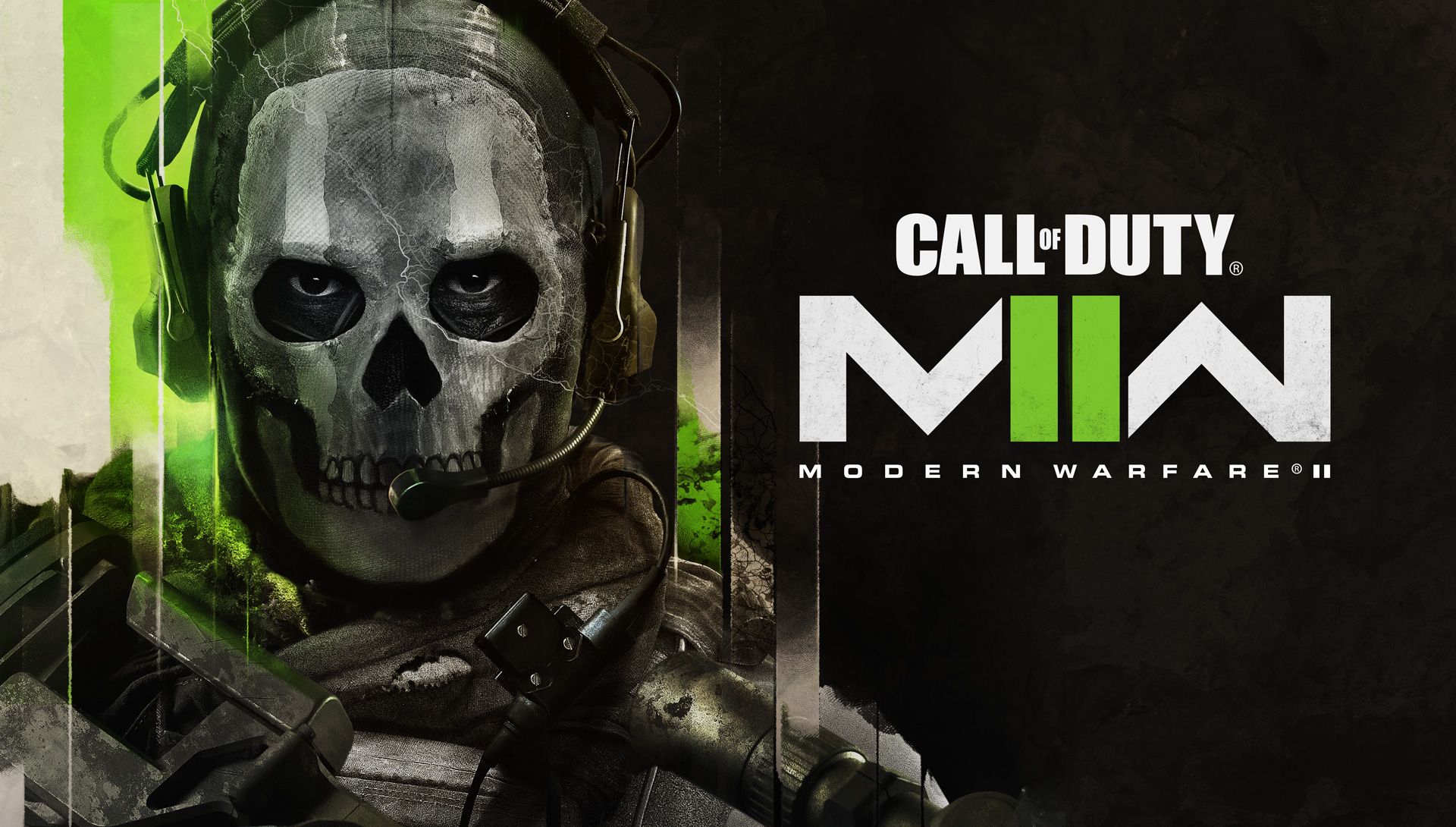 Even if it was just a sneak peek - the ‘Dark Water’ demo of Call of Duty: Modern Warfare 2 took viewers aboard a boat sailing amidst a storm, as well as to an oil refinery. COD fan's expectations were met in every way, with action-packed gameplay scenes. All in first-person, sometimes through narrow corridors, sometimes in wide, open areas. From vividly scripted action scenes to meticulous reflections on moving oil containers, the current visual standards are more than met in this super realistic action game. Duty calls on October 27, 2022, when the game is released on consoles and PC. 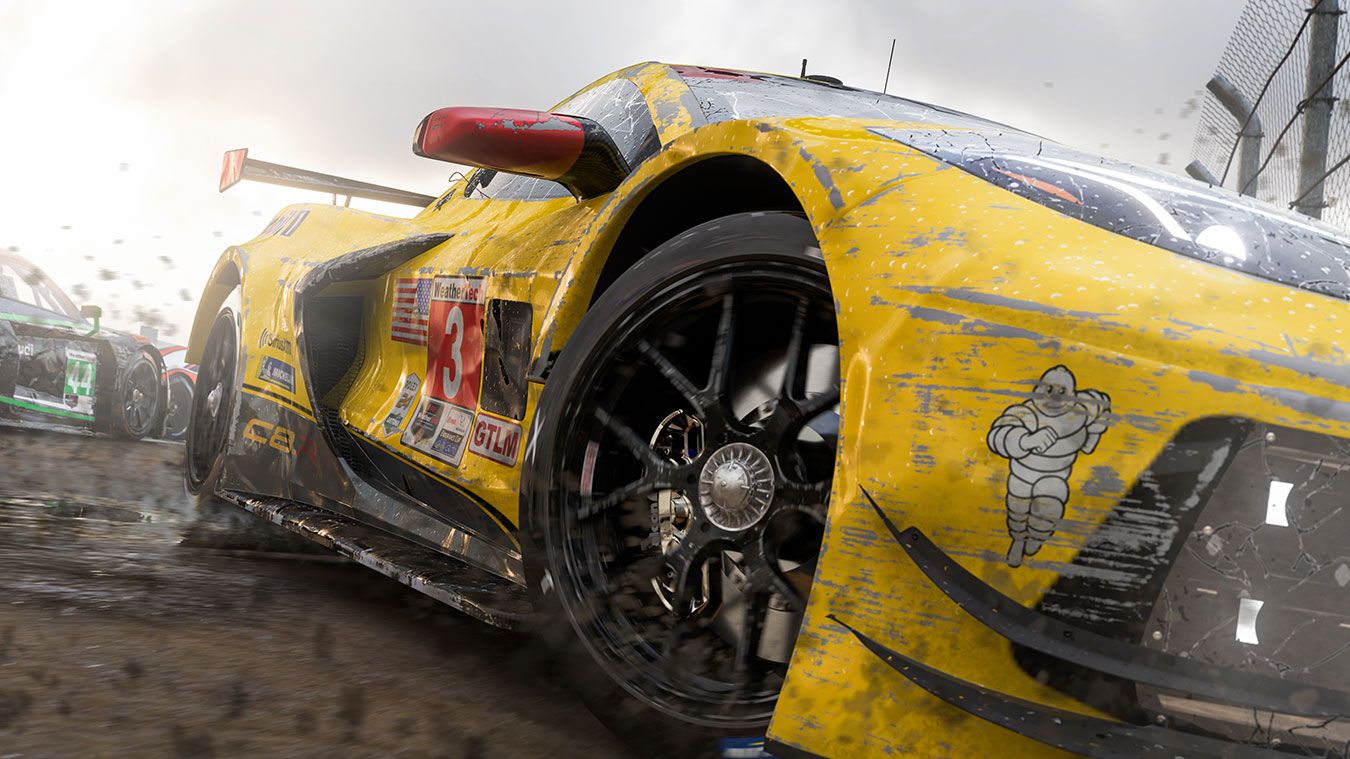 Racing fanatics can be excited after the Xbox showcase where Forza Motorsport was announced. According to its developer Turn 10 it is going to be an all-new Forza experience. And it better be, because the last game dates back to 2017. It can be safely assumed that the studio took so much time to revise the whole series and try out a couple of new things which makes this Forza Motorsport game the most technically advanced.

This could only be received by building everything from scratch. The result? Overhauled physics, beautiful car models with advanced super-realistic car damage, old favorite and new tracks, and ever changing weather with glorious ray-tracing. The many details put into the latter are astonishing - weather conditions change randomly during races that have a real-time impact on the track's surface conditions, which gives more challenges and surprises for the drivers. Multiple tire compounds which will add more strategy to the races have been confirmed, but many other details are yet to be revealed. For now, all you can do is wait for the new Forza to be released in Spring 2023 for Xbox consoles and PC. 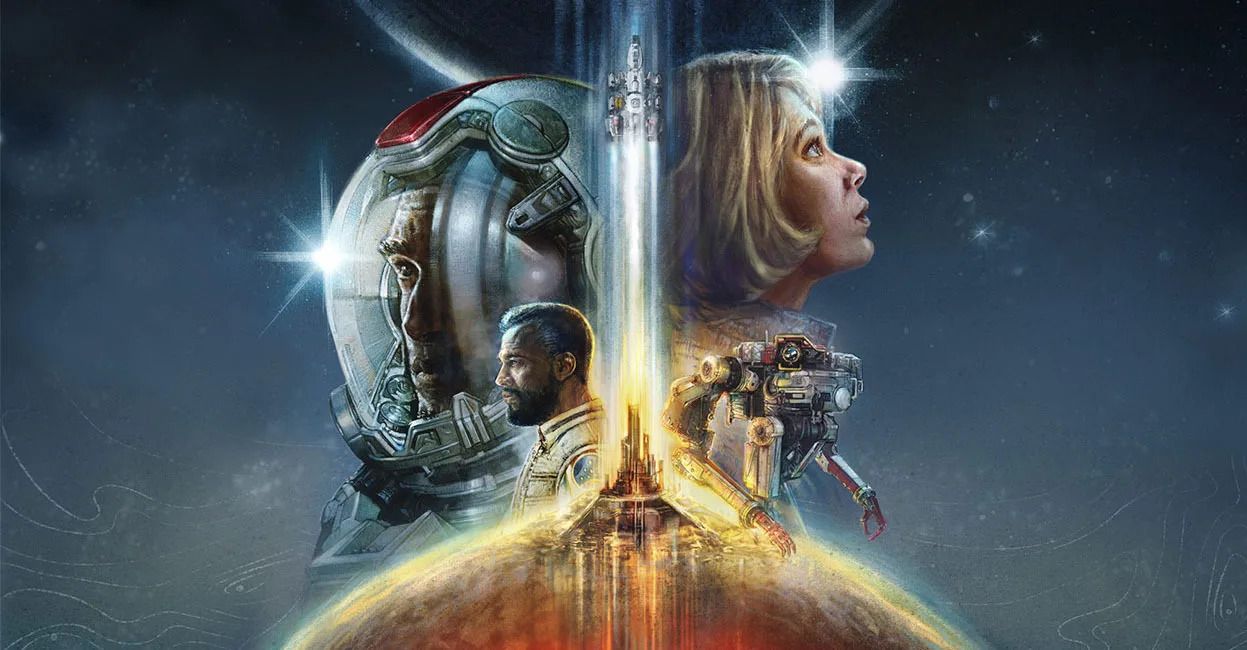 Bethesda presented Starfield and with it, their first new universe in 25 years. The company is famous for The Elder Scrolls and the Fallout series. But in Starfield, you can roam the galaxy searching for unexplored planets, gathering valuable resources and materials while fighting space pirates.

The gameplay showed all the basic mechanics that players could expect: free-roaming on vast open-world planets where you can encounter hostile, as well as friendly creatures. You can use multitool guns, with which you can gather materials and shoot bullets at the same time. The character creation screen gives more than enough options to build a unique character. Personality traits, like 'Alien DNA' or 'Empath', for example, can make a huge difference in skill-building.

During the gameplay trailer, the character infiltrated an enemy base that pirates had already salvaged. When the attack started, the player's point-of-view changed from third-person to a first-person shooter. Probably one of the most anticipated features, the customizable spaceships, was also confirmed. It will give you as the player a chance to make a Millennium Falcon, should you desire to.

Fans of No Man's Sky will recognize that this space exploration game was an obvious source of inspiration for Starfield. Ready to conquer space? Then watch out for the game’s release date in 2023.

Hungry for more? Have some honorable mentions!

After presenting you with our personal top 5 games that were showcased at Summer Game Fest 2022, we have to admit that it was really hard to choose. So here are two more games that deserve an honorable mention.

Metal:Hellsinger, a music-based rhythm first-person shooter will debut this year. It's a completely new genre that hasn't been done before. It's like DOOM meets Rock Band or Patapon. In this game, the player controls a three-eyed demon who wields a sword, a skull that shoots flames, and other extreme weapons throughout the game. To get maximum damage to the enemy, every hit on the attack button must match the game's music rhythm. Button mashing does not work because it lowers the attack power. The best part? Every area features music that was exclusively produced for Metal: Hellsinger by heavy-metal singers from bands like System of a Down, Lamb of God, Arch Enemy, and Jinjer. It's a unique experience, especially if you're a fan of the musical and shooter genre – you can headbang and bang heads off simultaneously!

The other project worth mentioning is from the legendary Hideo Kojima. The creator of Metal Gear and Death Stranding announced that he and his studio are working on a new video game with Xbox Game Studios, instead of PlayStation. More than that this game will make use of 'cloud technology' is not yet known But hearing such a legend say that this is the sort of game that he always wanted to make, makes us shiver with anticipation!