Spooky season is upon us and that means fall, pumpkins and cozy nights at home. But also the perfect time of year to dive into your next favorite game! Though the temperatures are decreasing, October is heating up in terms of upcoming games. The new Call of Duty: Modern Warfare II is gonna be nothing short of intense. The long-awaited Overwatch 2 will bring some big changes to the franchise. We’re getting some horror and witches with Dragon Ball: The Breakers and Bayonetta 3. And for the dark nights… become the new Dark Knight in Gotham Knights. Are you ready? Read on for our amazing selection of October game releases and you will be! Want to buy one of these games? Grab some game credit to be the first to play. 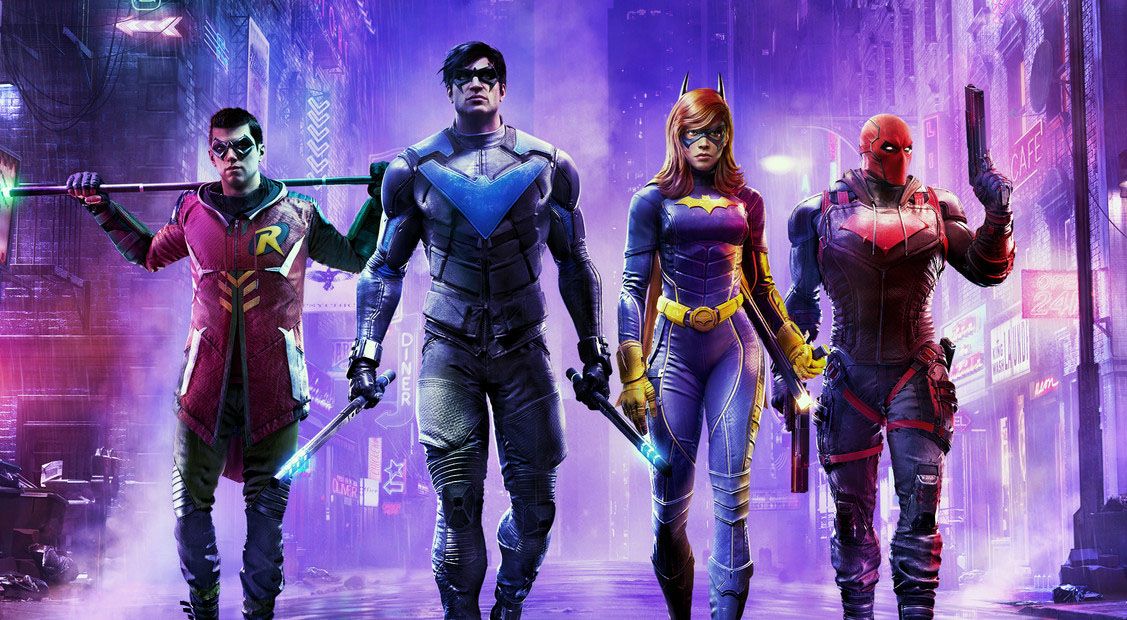 No longer does Batman watch over Gotham City; the Batman Family, called Gotham Knights, have taken over post as guards for the city to protect it from the criminal underworld. Batgirl, Nightwing, Red Hood and Robin are here to bring hope to its citizens, discipline to its police and fear to its criminals. You have the freedom to wander around in the vast open world of the most dynamic and interactive Gotham City yet. Play solo or team up with a buddy to solve mysteries, defeat notorious villains such as the Court of Owls, Harley Quinn and Penguin, and save the streets while evolving into the new Dark Knight.

Choose your favorite hero in this action RPG, where each character has their own unique playstyle and abilities. Use awesome weapons and vehicles, teleport to other areas and master the combat system that is based on the Batman Arkham series. With the drop-in-drop-out system, players can clear the streets with you at any time without affecting the other one. We personally love this element, together with the familiar but polished combat. We believe the delay is worth it because Gotham Knights looks absolutely amazing. And we cannot wait to explore the city in co-op! 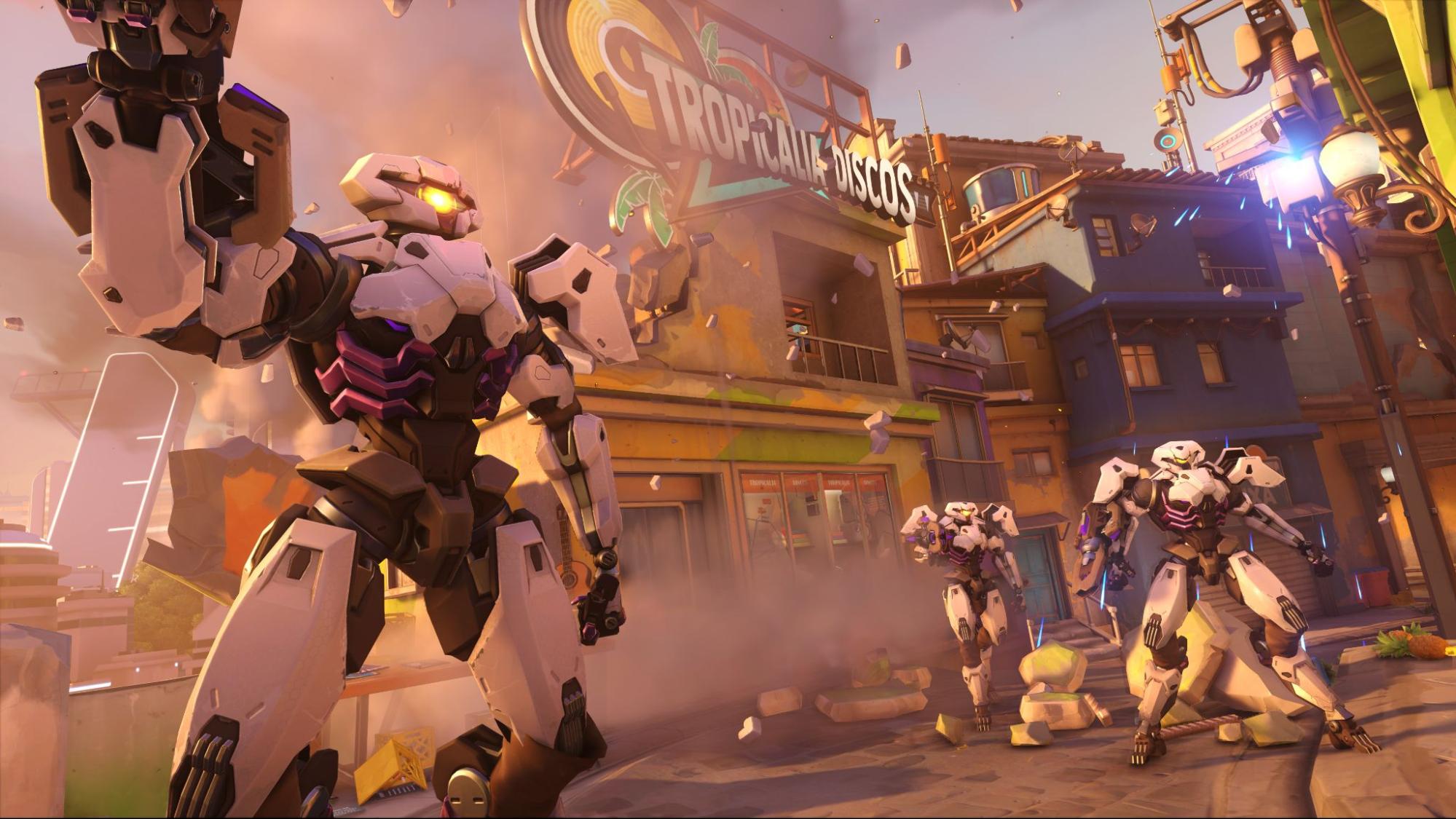 Overwatch 2 is the beginning of a new era, taking over from its predecessor bringing enough new content to really feel like a sequel. This new iteration of the team-based action game stars a diverse cast of powerful heroes to choose from. Upon release, you can play as new heroes Sojourn, JunkerQueen and Kiriko. That’s not all that’s new. The gameplay will feel different as Overwatch 2 switches from the familiar 6v6 combat to a new 5v5 format.

With all-new maps, you can travel worldwide from the comfort of your home. Take the battle to the streets of New York City, Rome, Monte Carlo, Toronto and many more. It is out with the old in with the new as the new Overwatch 2 Battle Pass feature replaces the old Loot Box model. With all these changes, we are excited, so much so we are doing a whole article on Overwatch 2, so keep your eyes peeled in the coming days. We assure you, it’s not a trick and we will treat you to some bonus content. 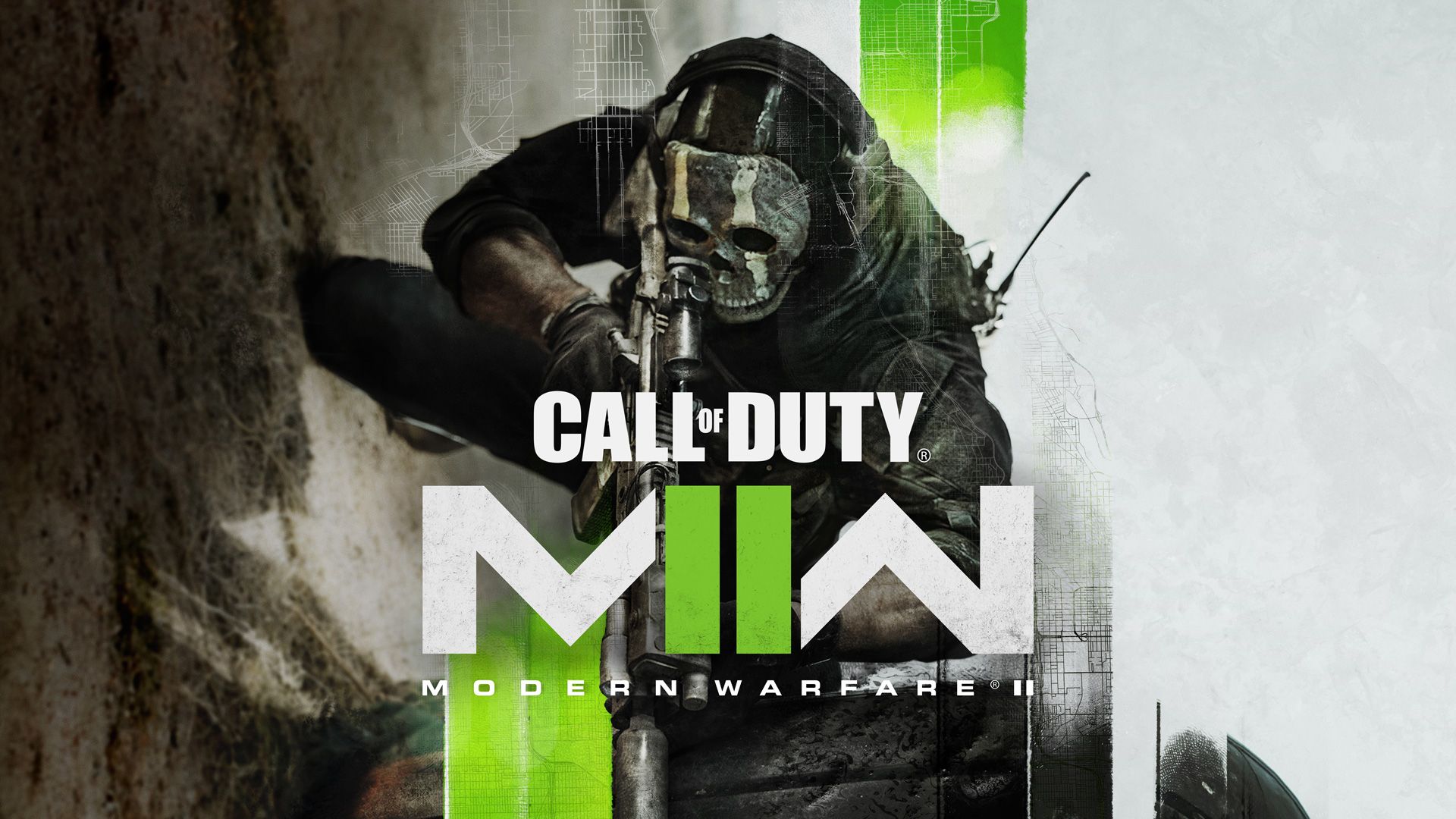 It’s that time of year: a new Call of Duty. This year it is developer Infinity Ward’s turn and they’re bringing the sequel to 2019’s Modern Warfare with the unique name Call of Duty: Modern Warfare II. The first-person shooter brings some massive updates to the series. We can expect an advanced Artificial Intelligence (AI) system in the campaign and co-op modes, water physics, swimming mechanics and an improved vehicle system. New gameplay features should bring new tactics to the field, such as dive to prone, mantle and ledge-hanging. As well as the revamp of the Gunsmith system to fine-tune your weapons that suit your playstyle.

We are so curious to see and feel how these new features work in Modern Warfare II. We are eager to test them out in Team Deathmatch, but also in the new modes like the 20 vs. 20 Invasion mode for the bigger battles, Prisoner Rescue and the new raid mode. And don’t forget Warzone 2.0, the battle royale mode that is scheduled to launch in November. So a ton of new details to look out for in this new Call of Duty. 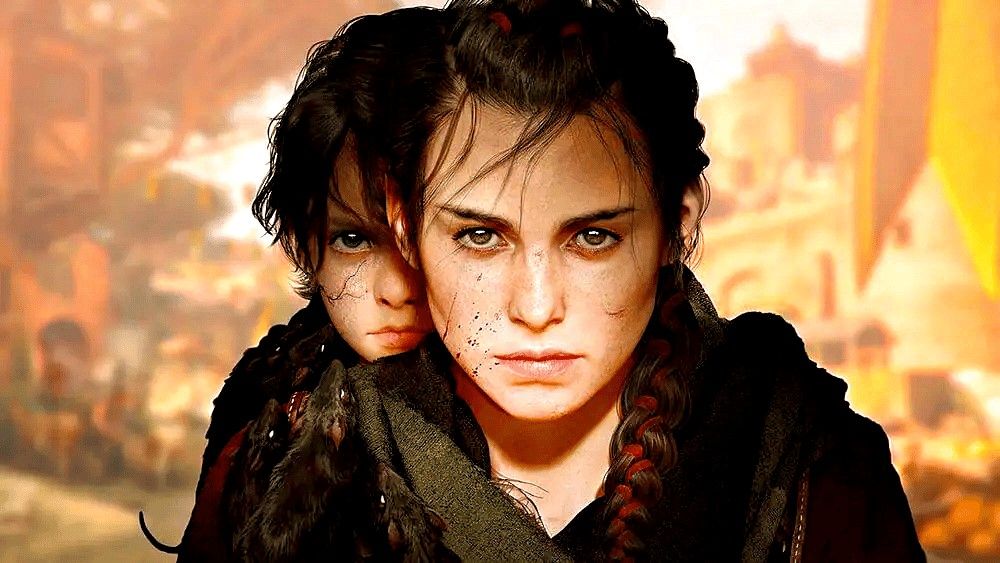 A Plague Tale: Requiem is an action-adventure stealth game and the sequel to A Plague Tale: Innocence. Again, it follows the story of Amicia and Hugo de Rune in 14th century France, who must look for a cure to Hugo’s blood disease. You control Amicia, and together with her brother, you face soldiers from the French Inquisition and the hordes of rats that are spreading the black plague. A great improvement on this sequel is the expanded combat system. Armed with a knife, a crossbow, a sling to throw rocks and the possibility to combine ammo with alchemical mixtures, you have an arsenal to defend yourself. We love that the core gameplay is the same, but with added benefits. Larger locations, expanded stealth options and more ways for Hugo to connect with the rats should make this second iteration just as or even more interesting than its predecessor. 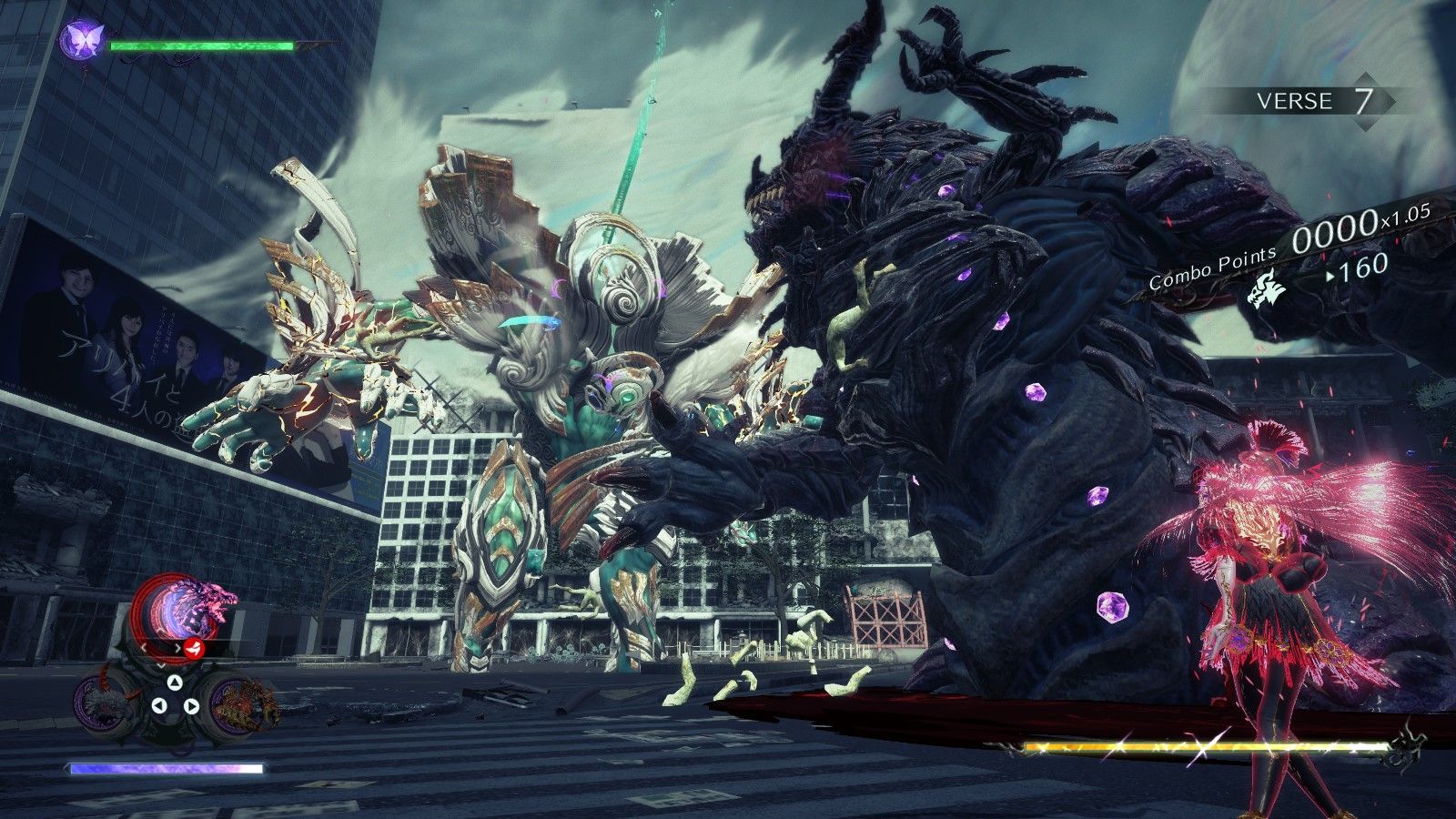 When you think of Halloween, witches must come to your mind. That is why an October release of Bayonetta 3 (an Umbra Witch) comes out at the perfect time. What felt like forever for some, the 8-year wait is finally over.

In this sequel to the popular beat-em-up style game, Bayonetta 3 faces an invasion of human-made bioweapons known as ‘Hormunculi.’ She must face the mysterious evil using her signature dual pistols and pistols in her shoes. The antagonist is also seen sporting her familiar pigtails in the early trailers.Other trademark features like transforming her hair into gigantic demon monsters are still here, along with the signature high-flying fighting style. Spooky right?

Bayonetta 3 is a climax action game with some new features that make the game bigger and better than its predecessor. In Bayonetta 3, control kaiju-like monsters while fighting enemies of a similar size, all the while Bayonetta is in the field fighting off enemies herself. There is also a new witch-in-training known as Viola, which we know very little about. She hasn’t featured in Demo versions of the game, but we expect her presence in the game to add some new, interesting dynamics.

We are excited for this new addition to the franchise as it promises hours more entertainment and memorable battle sequences. With different difficulty settings, it is suitable for novices new to the game and experienced veterans of the Bayonetta games of old. One tip, when controlling demons, it uses up your magic meter, leaving Bayonetta vulnerable, so you will have to be strategic. 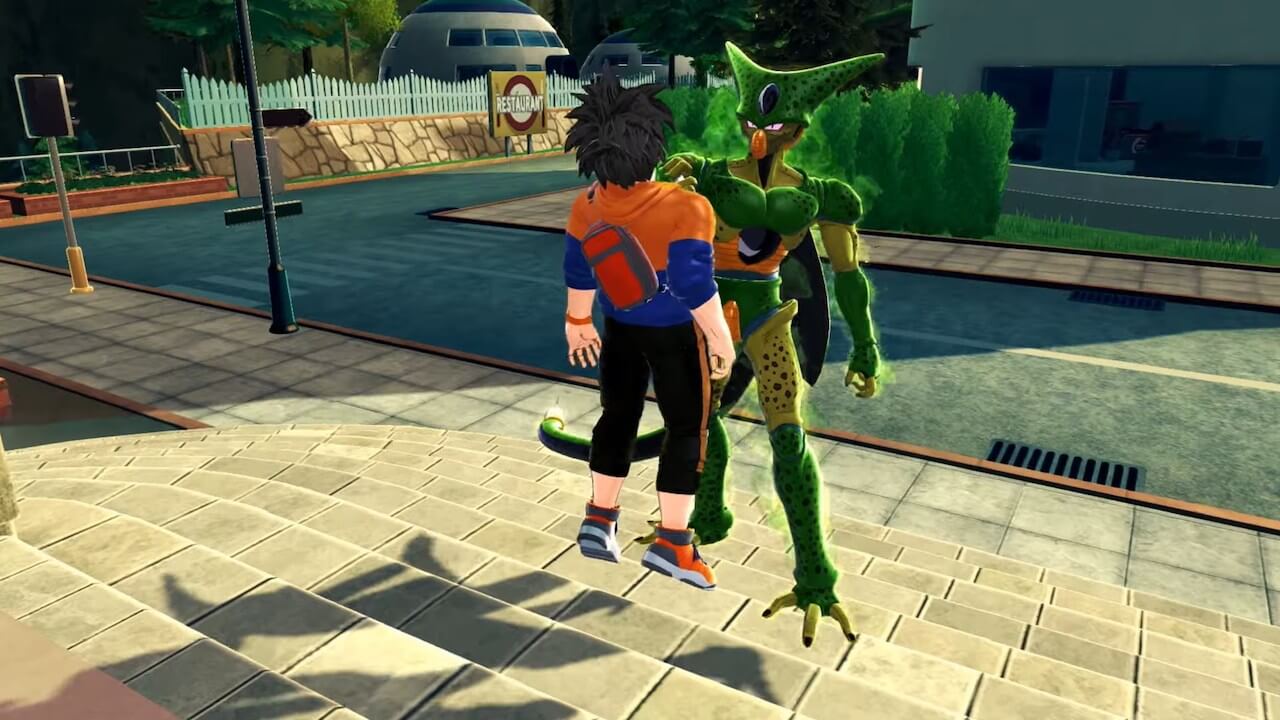 Resist, Escape, Survive is the motto running alongside the new Dragon Ball: The Breakers video game. This iteration of the Dragon Ball franchise transports players into a horror-tinged universe. Truly fitting given the Halloween month release date. This 7 vs 1 online asymmetrical action game pits ordinary citizens against raiders (menacing enemies with incredible powers like Cell, Frieza and Buu).

These ordinary citizens are trapped in a temporal seam and the only way to escape is via the Super Time Machine. The raider is hot on their heels and won’t make the escape easy. Time is not your friend as the raider becomes stronger by the minute. Dundle’s tip, this game is not too pricey and is a great game for playing with friends.

Other Game Releases to Look Out For in October

Halloween season is upon us and what better way to get into the festive mood by playing some of these dark, mysterious and horror-tinged games. Dawn the cape of various members of the Batman family and watch over Gotham City. The hero talk doesn’t stop there. With Overwatch 2, there are a lot of familiar and new heroes to play as. Maybe you even get inspiration for a new Halloween costume!

Bayonetta 3 brings the witchy side to this lineup of games, with the Umbra Witch only adding more Halloween vibes as you fight off mysterious evil. And, speaking of evil, escape the clutches of terrifying villains from the Dragon Ball universe. We are sure you will find at least one of these game titles too eerie-sistible to not try out this October.