The Summer blues have now kicked in, the hot weather gradually leaves our sunny shores, and the fall weather is in full swing. While the weather gets colder and cloudier, you can stay warm indoors with September’s game releases promising hours of entertainment. Skate into September with Session: Skate Sim. Relive some of the heat with 8 different hells in Metal: Hellsinger. Alternatively, get ready for the new NBA season with NBA 2K23.

If you want to see what other features we have in this article, feel free to continue reading. Want to get yourself a new game title, but maybe September’s game releases do not tickle your fancy, why not visit August’s game releases and see if decision-making orientated games are more to your liking? Still not fully satisfied, check out our gift cards and game keys. Without further ado, let's have a look over some of September's recent game releases. 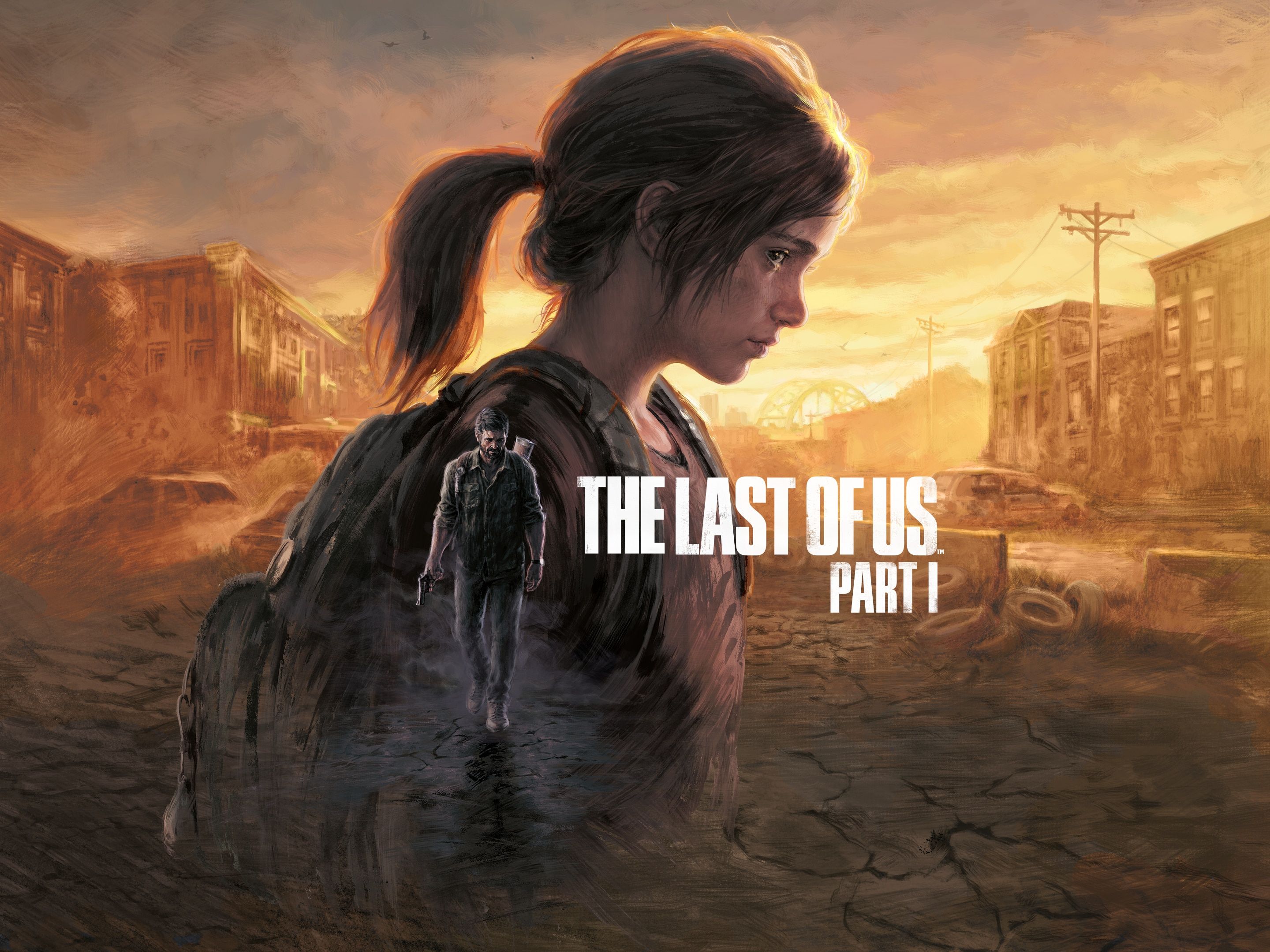 The Last of Us Part 1

The Last of Us Part 1 is the first game we will cover this month. If you’re not familiar with the video game title, The Last of Us first appeared on our screens in 2013, with the game being a hit for many. For those that don’t know, The Last of Us Part 1 is set in a ravaged civilization. There are coarsened survivors, and there are those who are infected. The protagonist, Joel, is hired to smuggle Ellie, a 14-year-old girl, out of a military quarantine zone. What began as a simple job transcends the task and becomes a feral cross-country journey. Experience the trials and tribulations Ellie and Joel go through and immerse yourself in the game.

We hope this game will live up to your expectations with a lot of hype and speculation surrounding it. This remake offers better graphics, an emotional storyline that will tug at the heartstrings, and an overhaul of the original experience. Dundle believes this game will be even more immersive than the original version, with the added features allowing us to immerse ourselves into the storyline even more. 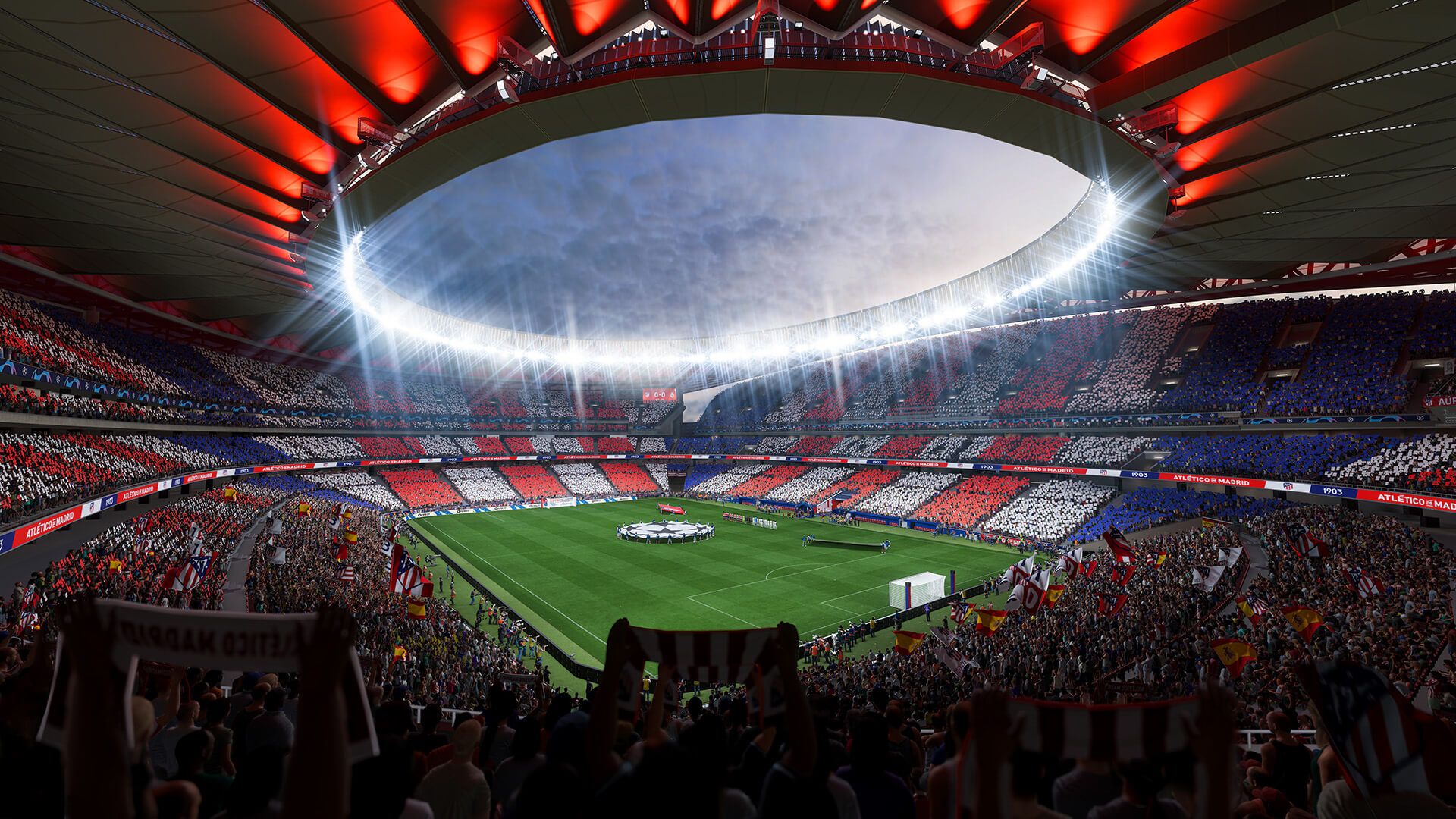 We at Dundle believe FIFA 23 has many new cool features to look out for. FIFA 23 introduces cross-play where you can play with friends on other platforms (on the same generation). PlayStation 5, Xbox Series X, Stadia, and PC versions of FIFA 23 will be cross-play compatible with one another, and PlayStation 4 and Xbox One versions will be cross-play compatible with one another. FIFA 16 introduced the Women’s National Teams for the first time, now the newest iteration introduces Women’s Club teams from the Women’s Super League in England and Division I Féminine in France. And that’s not all, for the first time, the FIFA franchise features a double World Cup, with the Men’s competition taking place in Qatar and the Women’s competition in Australia and New Zealand.

Final thing to look out for: As a regular FIFA player, you may be familiar with FUT Heroes. Well, this game adds a new look to FUT Heroes as they team up with Marvel turning these players into superheroes. Assemble your own team with these players and let there be carnage on the pitch. Keep your eyes peeled for a whole article on FIFA 23 coming to a screen near you! 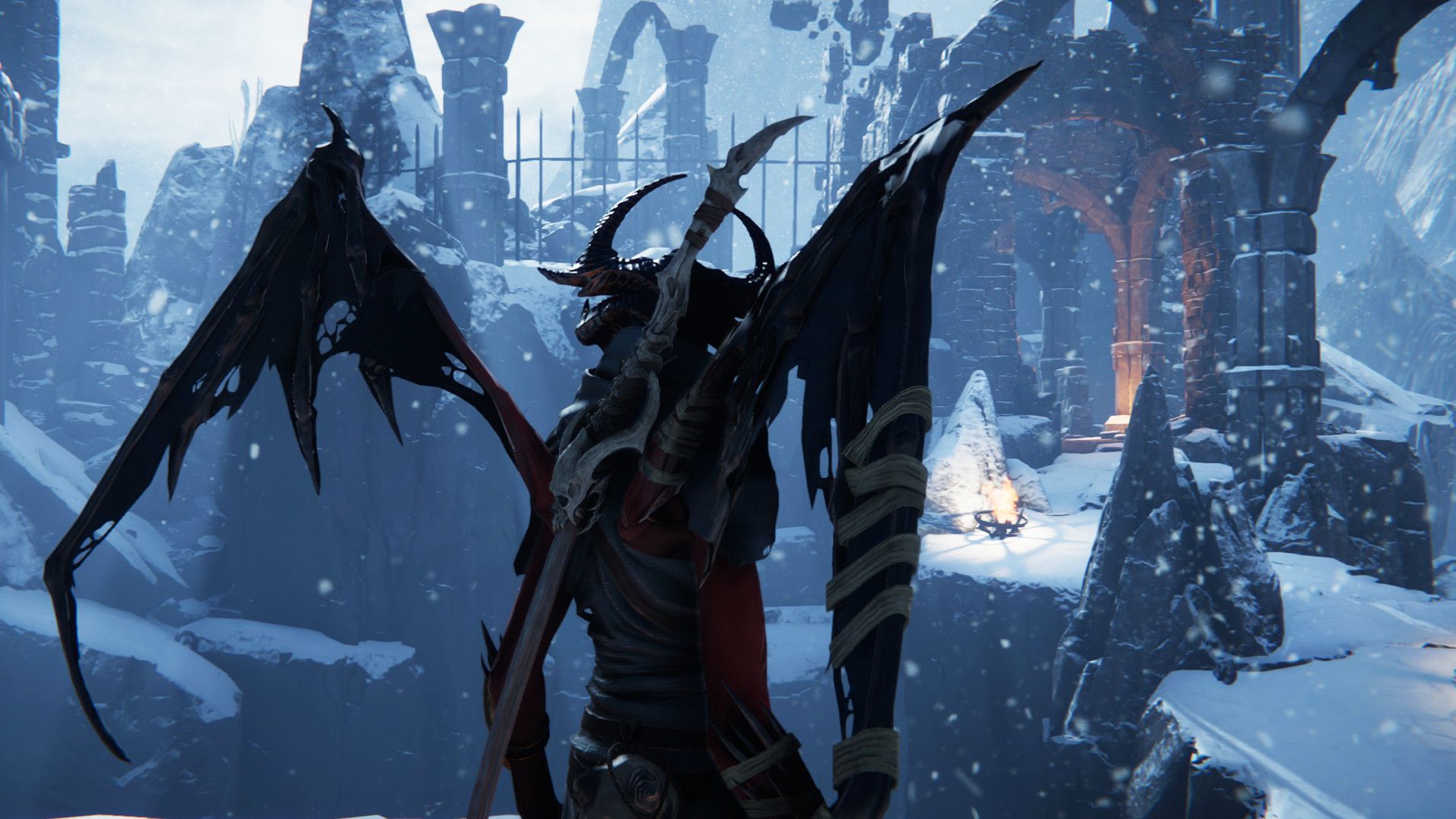 Metal: Hellsinger is more niche than the first two video games we covered for September. While going through a ravaged city may feel like you are going through hell, Metal: Hellsinger lets you genuinely experience fighting through hell. This may be a common theme in many video games, but doing so in sync with metal music is less so. And that's not all, the more in sync you are with the rhythm, the more intense the music will become. The more intense the music will become, the more destruction you will cause. While everyone may not be a metal music lover, we think this is an exciting twist to combine music tastes with video game experience.

Fight diabolical enemies, wield truly powerful weaponry, and get lost in the music created specifically for the game. You can hear the powerful vocals from metal icons such as Serj Tankian (System Of A Down), Matt Heafy (Trivium), and Alissa White-Gluz (Arch Enemy). If you’re a metal music fanatic, what is not to love? 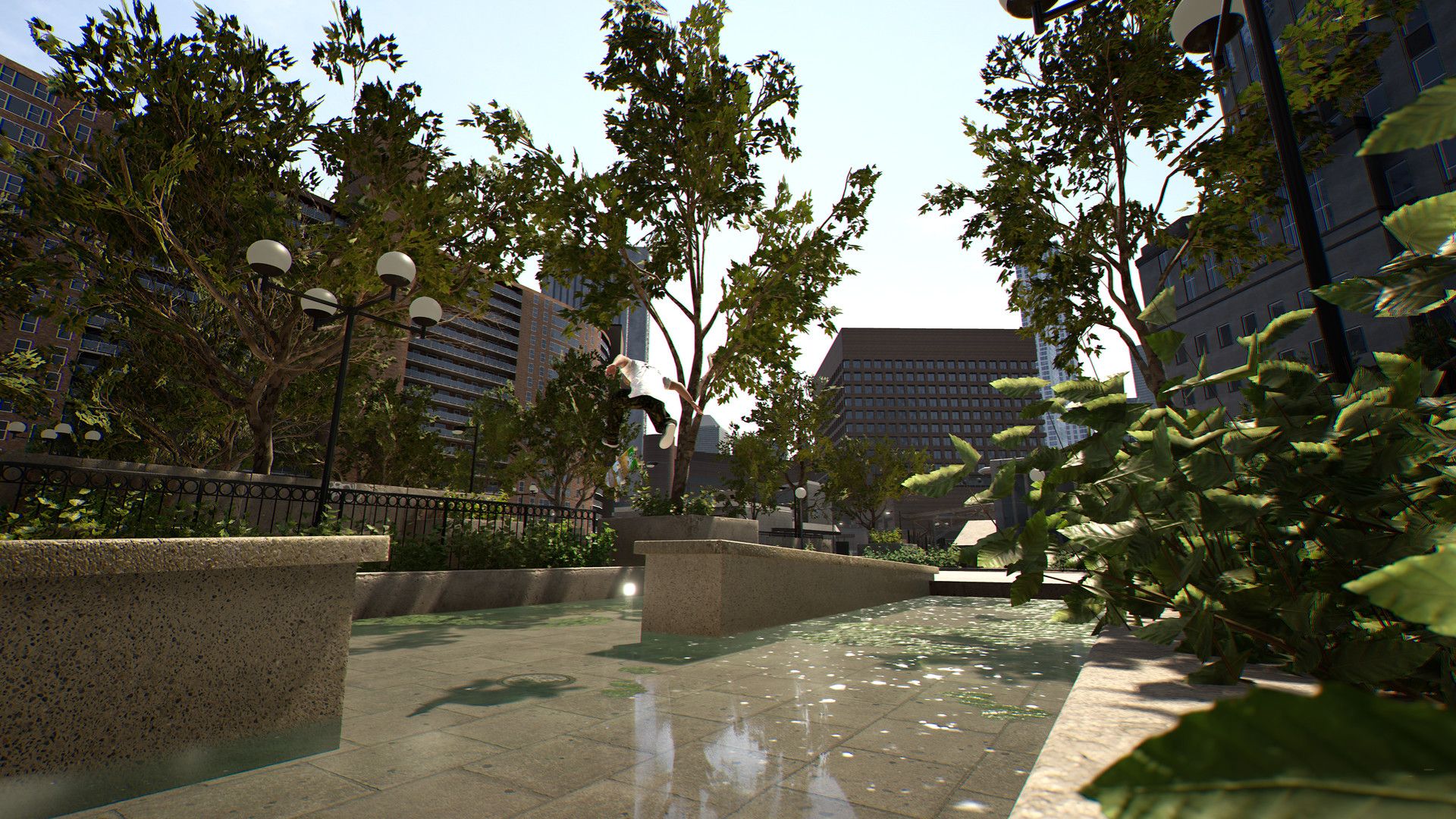 Made by and for skaters, this game promises to give you a hyper-realistic experience of what it means to skateboard. You must learn to balance on the board with the controller. Each one of the analog sticks represents your feet, so you will have to learn how to shift your weight while skateboarding in Session: Skate Sim. This adds an extra layer to the realism as it mimics a skater's journey starting from scratch and learning to get more comfortable on the board.

Still not impressed? With locations based on real-life skate spots, practice your fakies, ollies, and kickflips until they are clean in some of the world-renowned skate locations. Session: Skate Sim takes you back in time, embracing a 90s culture that is as authentic as it is novel. Dundle is geeking out over one immersive experience in particular; you can film with a 90's feel filter or a fisheye lens and edit your videos in-game. Skater by day, moviemaker by night, does it get any better? 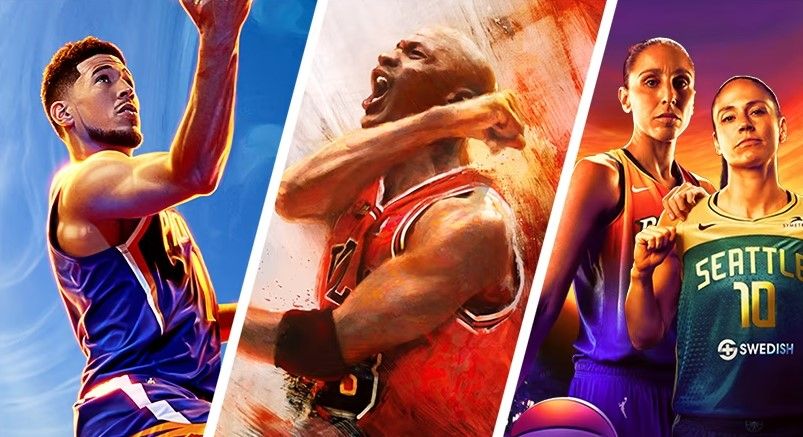 With the new NBA season around the corner, what better way to whet your appetite than to get accustomed to NBA 2K23? Think you can manage a team better than your competition, NBA 2K23 allows you to test your managerial skills. Alternatively, play as some of your favorite NBA and WNBA stars. Additionally, create your own pro, play as yourself and rise to the top. Hear the crowd cheering you on as you forge your own legacy.

When it comes to in-game improvements, you have more control over your dunks, even the ability to control the rim hang. These advancements in NBA 2K23 will surely make the game more enjoyable than last season's installment. 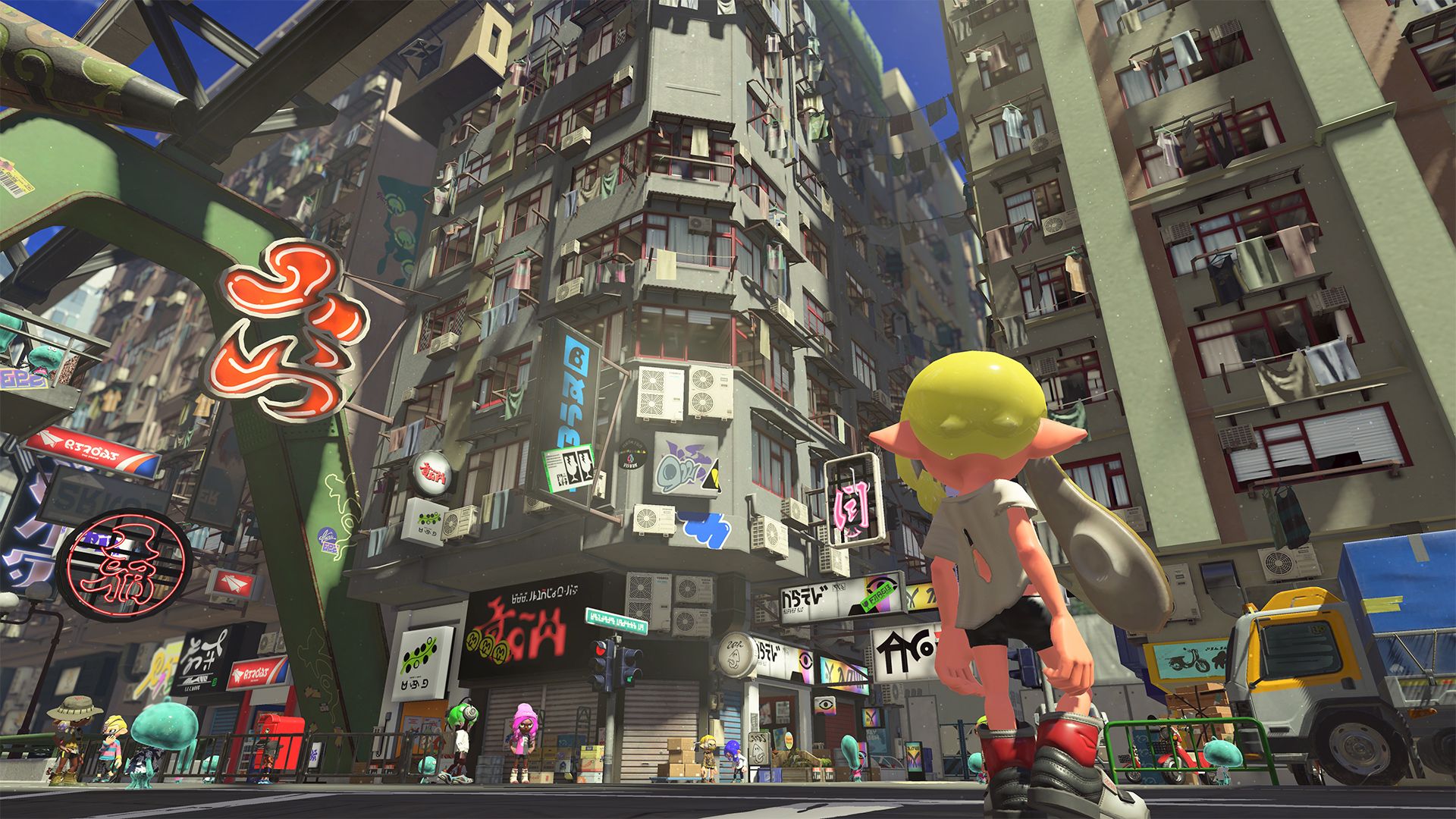 Splatoon 3 is set in the sun-scorched desert landscape known as the Splatlands. This region is co-inhabited by the Inklings and the Octolings. Familiarize yourself with Splatsville, the city renowned for chaos, located in the heart of this dusty wasteland.

Customize your character with various different styles. Use new dynamic moves and an expanded weapons arsenal to maximize your enjoyment. Wait! There’s more? Yes, there is, enjoy different game modes like Turf War, a 4v4 battle to ink the most ground. The story mode features the return of the mammalians. Join Agent 3 in a fight against the unruly Octarians. Discover the secrets of Alterna, the Fuzzy Ooze, and how they connect to the story mode’s theme. Discover the Salmon Run game mode and prepare for hours of entertainment. Team up and fend off waves of dangerous (and sometimes giant) Salmonid bosses in the next iteration of Salmon Run, a co-op mode with fresh new features.

While there are various fresh features in the new Splatoon 3, a lot of the main features have remained very similar to previous iterations of the game. Features like Turf War and Salmon Run have already been incorporated in Splatoon 2. While there may be new maps and new dynamic movements, among other new features, the game seems to have a lot of the same aspects of previous games and therefore, fails to excite us at Dundle.

Other Game Releases to Look Out For in September

There you have it! There are plenty of games for you this September. These are some titles you won’t want to miss. GreenDay’s ‘Wake Me Up When September Ends’ has never been so unrelatable with an action-packed September on the horizon. The Last of Us Part 1 promises to be a fan favorite, with everyone here at Dundle eager to get playing. NBA 2K23 will be a hit with all basketball fans out there. Those hyper-realistic features are going to immerse you even more than sitting courtside. Keep an ear out for Metal: Hellsinger. We at Dundle love this video game idea and hope it's a pathway for more games like it.

That’s all we have for now, but definitely come back at the end of September for more game releases, and we will have all the games highlighted that you’ll not want to miss out on.