Make This Summer An Adventure With Recent Game Releases

July is often the time for holiday and relaxation and what better way to recharge than with a new game? It is clear after watching the annual Electronic Entertainment Expo, or E3 as others call it, that many epic video games from Sony, Microsoft, and Nintendo are on the horizon. The future is bright for us gamers. Microsoft's Bethesda came with one of their most anticipated titles, 25 years in the making, called Starfield. The new trailer gave a close glimpse of what the game could bring to space exploration fans. Undoubtedly, From Software stole the show with their trailer for their forthcoming souls-like game, called Elden Ring, which brings a completely reworked battle system and open-world. Fans of games like Bloodborne and Dark Souls are sure to love it.

On the Nintendo front, we got many long-awaited announcements. Like the sequel, The Legend of Zelda Breath of the Wild 2, and a cute little console game, the Game & Watch handheld, which commemorates the 35th anniversary of the Zelda games.

Fortunately, there are still a plethora of great, new game releases in July to dive into for the PlayStation 4, PlayStation 5, Xbox Series X/S, Nintendo Switch, and Steam as well. Sure, we hope you spend a lot of time outside in the beautiful weather, but just in case of rainy days, we picked 5 upcoming console games from a variety of categories for you. Sit back, relax, and press start. Your summer adventure awaits.

Our enjoyable assortment of video game releases in July brings strategy, mystery, exploration and even some interactive TV drama to the table. We’ll dive into the logical-adventure game, called The Forgotten City for PS5, and a quirky detective game from Japan (of course), called The Great Ace Attorney Chronicles for the PlayStation 4. Followed by the cyberpunk-themed action RPG, The Ascent for Xbox Series X/S and Xbox One. And our selection for the Nintendo Switch is another Japanese hit - we chose a classic RPG high-definition remake, The Legend of Zelda: Skyward Sword HD, and a JRPG spin-off sequel to the Monster Hunter franchise, called Monster Hunter Stories 2: Wings of Ruin. Steam also has lots of games being released that you can look forward to playing in July. Keep an eye out for Cris Tales and Orcs Must Die 3 as well as High Risers, multiple Final Fantasy releases, and Death’s Door. Now, let’s jump right into it, shall we?! 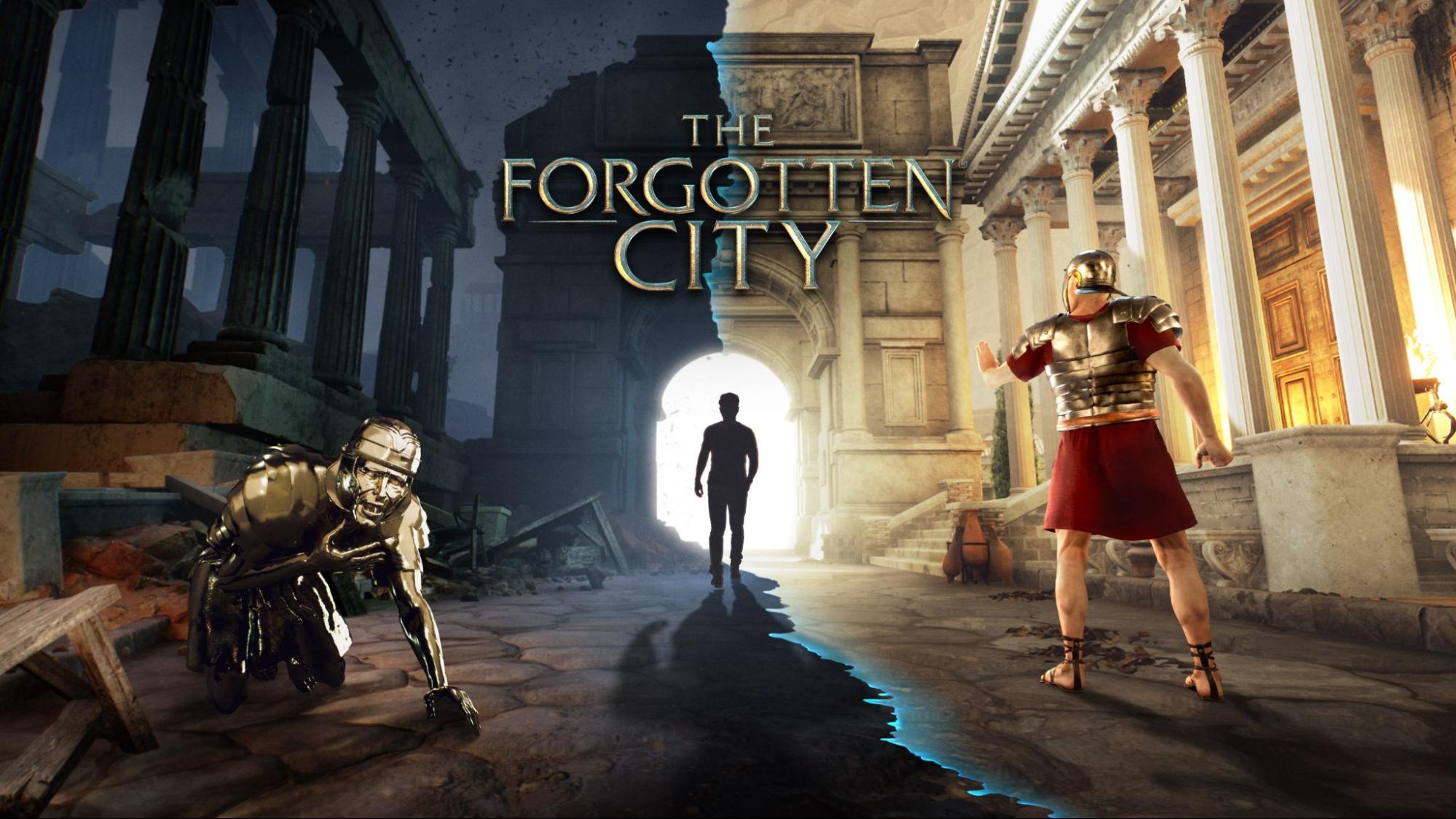 Time travel is a common theme in many movies and games, but that does not mean the genre doesn’t have anything new to show for itself. The Forgotten City is a narrative-driven mystery adventure game in a secret underground city of the Roman Empire. You, as a time traveler, have to uncover the secrets of this well-hidden part of history by solving puzzles. You must make moral choices that ultimately determine the fate of the people of the city. No pressure! The Forgotten City originally came out 3 years ago as an award-winning mod for the critically acclaimed action RPG, The Elder Scrolls V: Skyrim from Bethesda, and now it found its way to all consoles, like the PlayStation 5, Xbox Series X and Nintendo Switch. 26 trapped explorers, a portal to the past, and your brilliant mind - that’s all it takes for an exciting adventure. 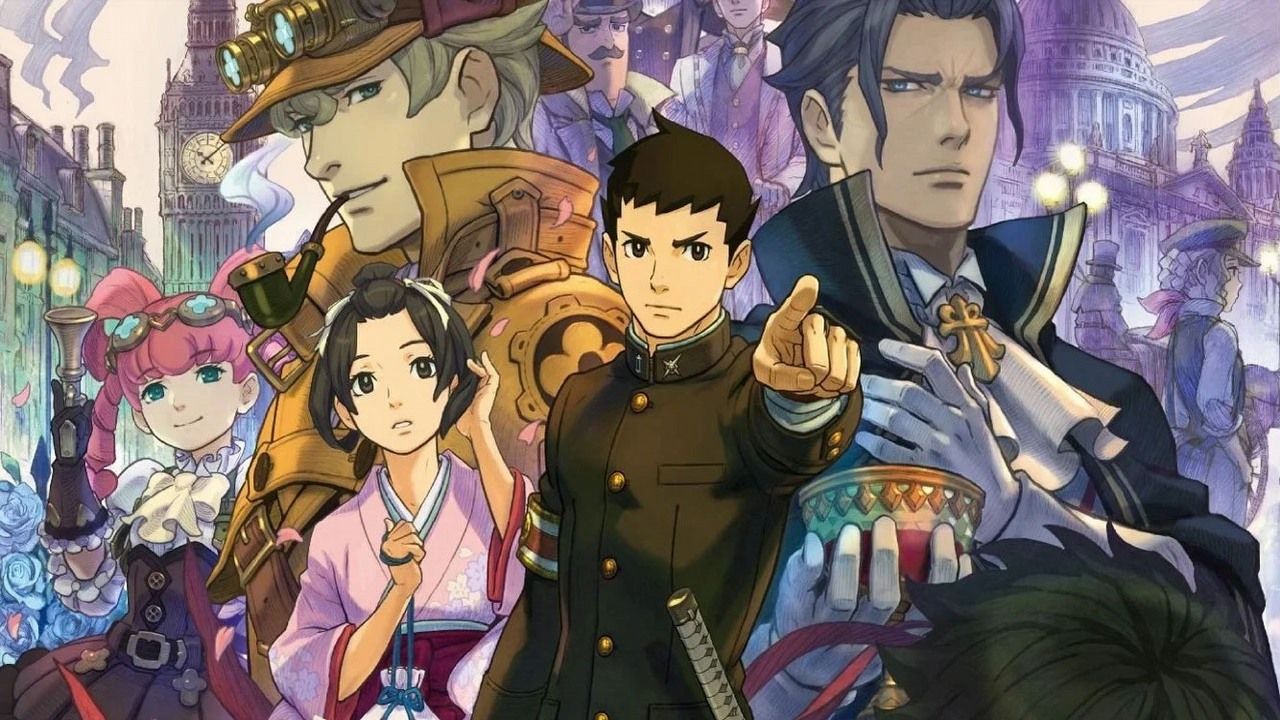 If you’re a person who has an attention for detail and an unlimited appetite for crime movies, then the Ace Attorney games are made for you. Take on the role of an attorney, and uncover the truth behind crimes using logic, evidence, cross-examination, and investigation skills. All that mixed together in a classic, funny, over-dramatized anime-style game. The Great Ace Attorney Chronicles originally came out for the Nintendo DS, and since then, has managed to become a full-fledged franchise of manga, anime and DLCs. The game’s first debut to the PlayStation 4 boasts glorious 3D graphics and HD resolution. It’s definitely a game for people who are already big fans of Japanese games and movies and newcomers alike. Should you miss out on this one? Objection! 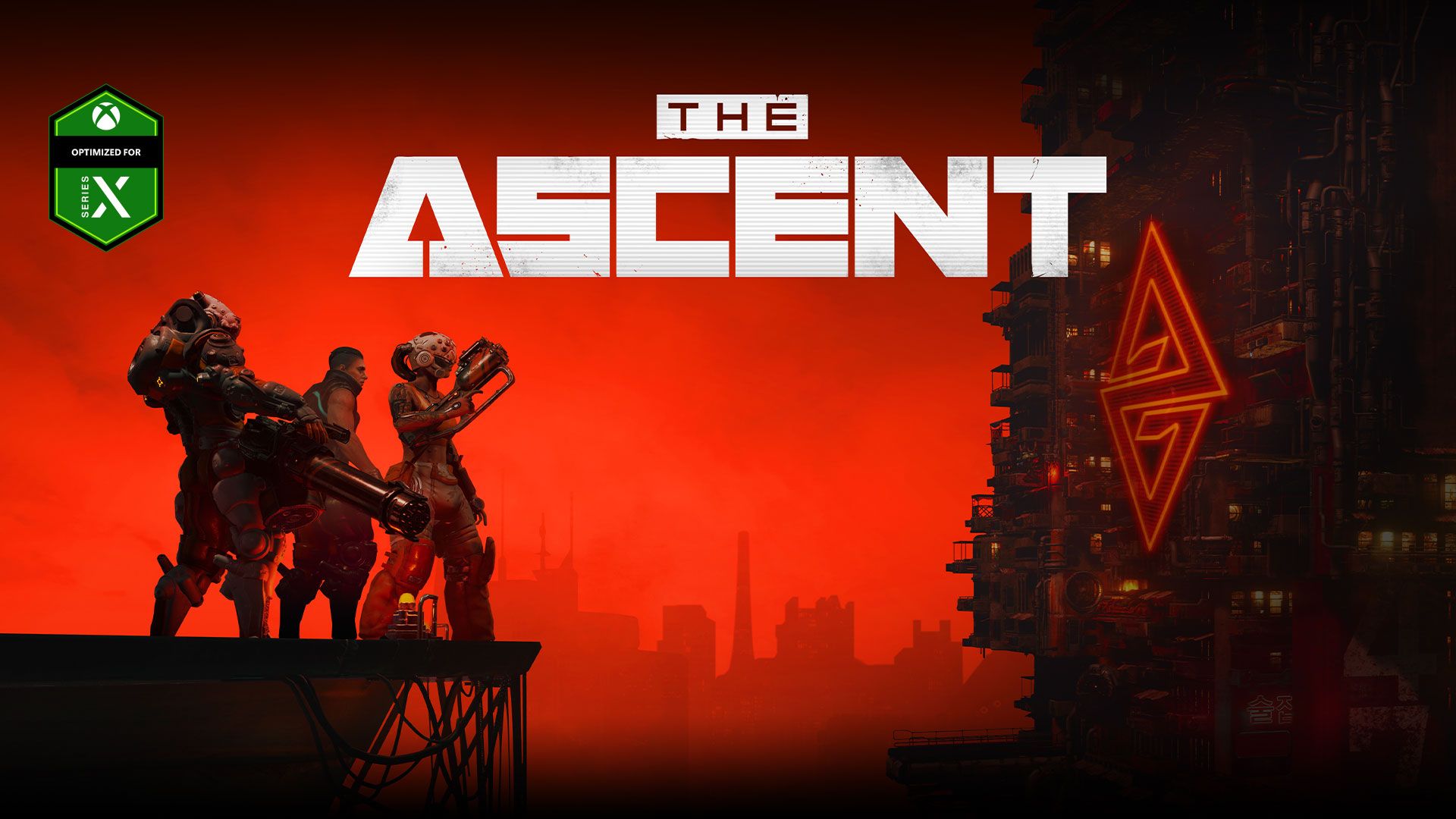 From far-fetched games - yes, I’m talking to you, CD Projekt RED - to games like The Ascent it’s safe to say that cyberpunk worlds are here to stay. The Ascent was developed by a small indie team from Sweden, called Neon Giant. The world is filled with filthy megacorporations, called The Ascent Group, and one day they all mysteriously collapse. You play as an employee who tries to uncover the truth behind the fall. Fully customize your characters with weapons, hacks, and many types of useful tools and take on the futuristic apocalypse well-armed. Take on enemies in single-player mode, join your buddies in local co-op, or play online with up to 4 players. We can’t wait to get our hands dirty in this brutal, neon-colored dystopia! 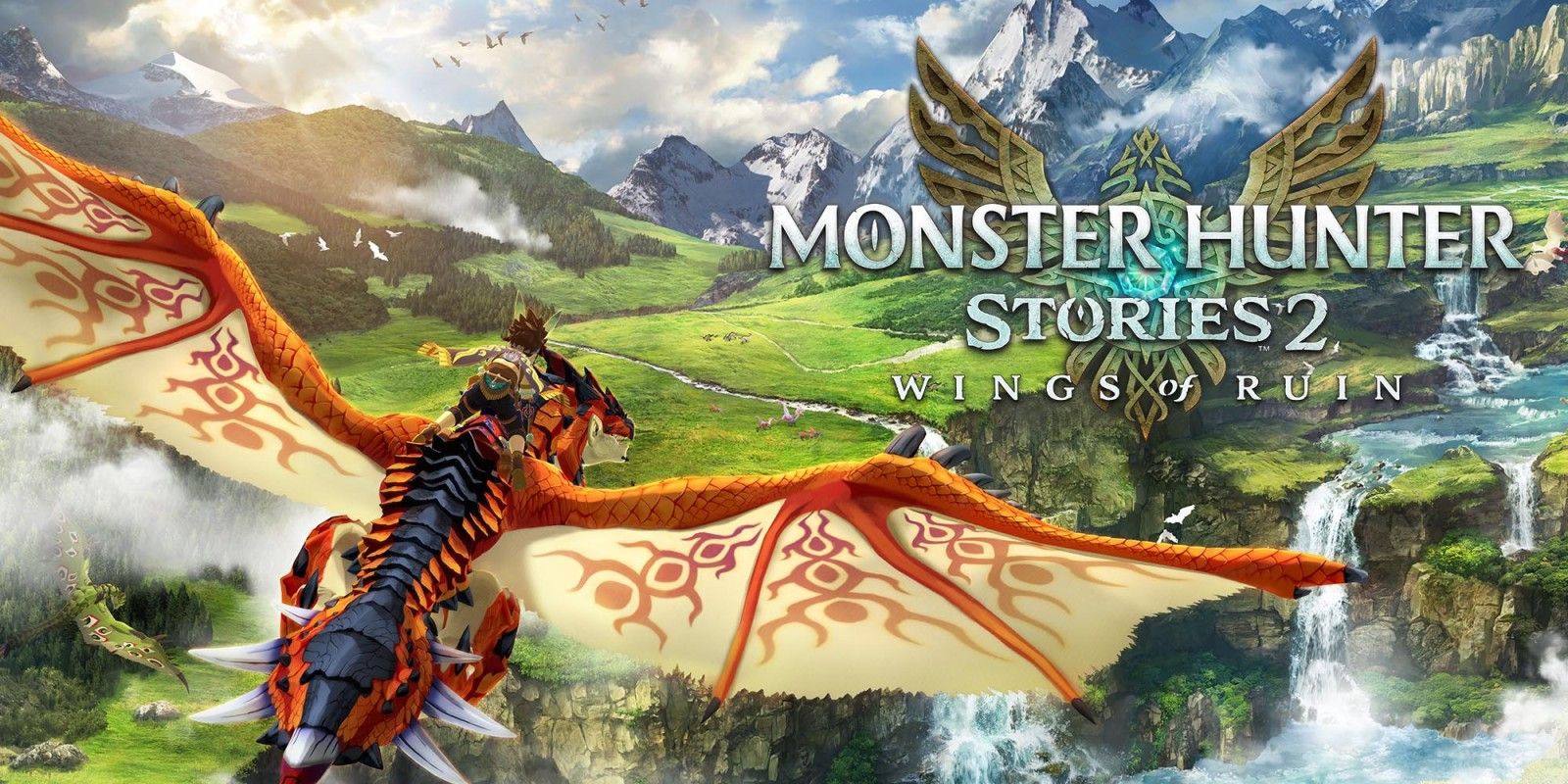 Monster Hunter: World is an amazing AAA title all about hunting beautiful beasts in a beautiful open-world environment. While the original is a classic action game, with hyper-realistic visuals, customizable weapons and tools, this second installment of the series is an RPG game with a different artistic approach. Monster Hunter Stories 2: Wings of Ruin is set in the same universe as Monster Hunter, but you make allies, bonds, and cute little companions, called Monsties, to fight alongside you in an epic story. Your character is the grandson of Red, a legendary Rider who bumps into a girl with an egg of enormous power. If you like turn-based RPGs, rich storylines and lovable characters, then this is the fantasy adventure for you. Go, become a legendary Rider! 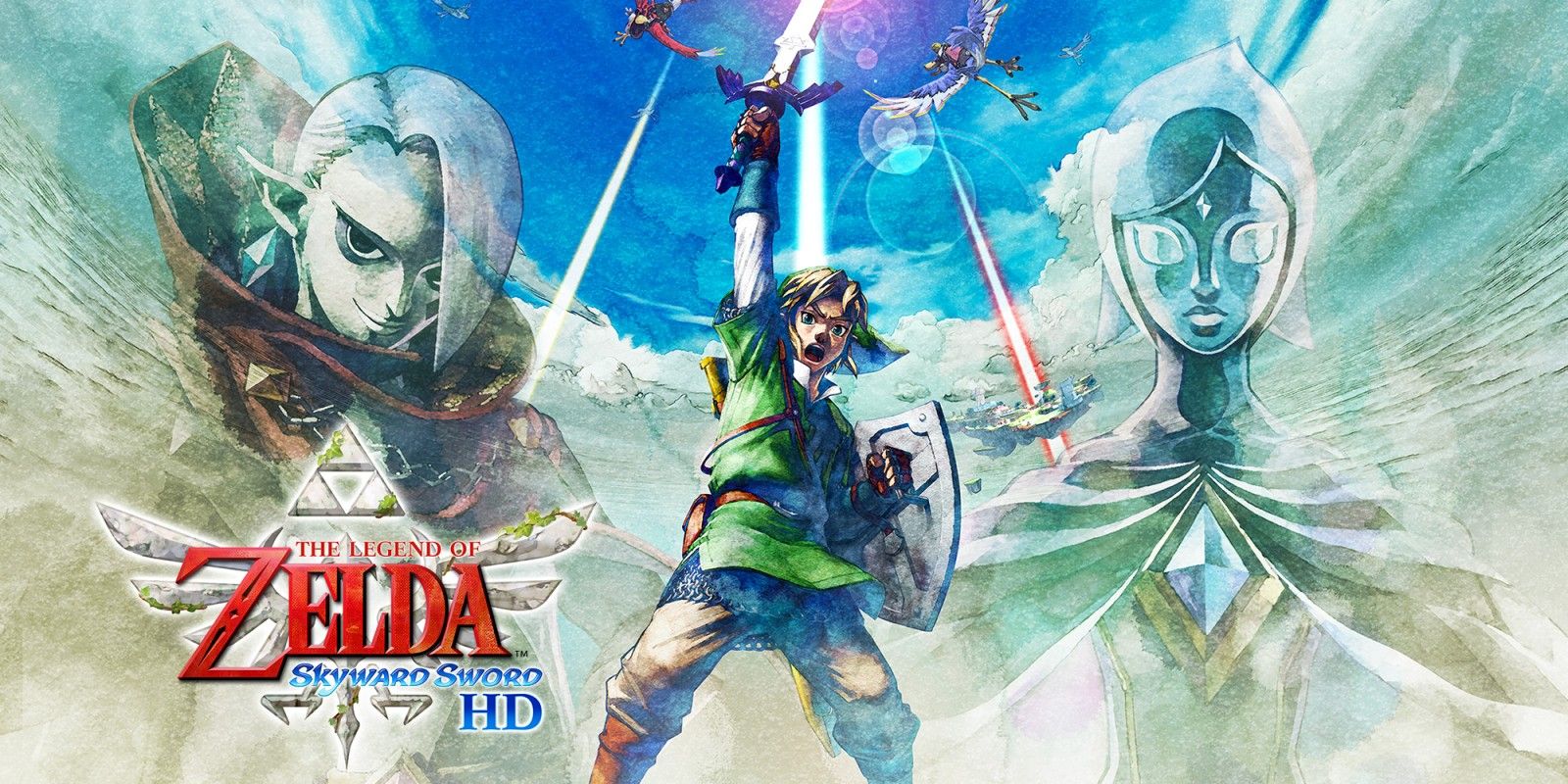 What makes this game an outstanding choice to revisit? Well on top of the enhanced visuals for the Nintendo Switch, Miyamoto, the game’s creator released the game with an intuitive gameplay control. Similar to the Wii, your switch controllers act as both the sword and the shield separately. You can, for example, charge up the sword by holding the controller straight up to the air - once charged up, you can release a beam as a powerful projectile attack. Try out the new awesome controls and wipe out the enemies of Hyrule single, or double-handedly while surrounded by long-time favorite characters!

With E3 behind us, and looking at the amazing games we’ll get in the future, I must say, there’s plenty to play at home this summer. So, should the sun not shine, there are several fun games to keep you entertained on those summer days indoors. Travel to Rome with the click of a button and solve the mystery of The Forgotten City. Or enter the imaginary world of The Great Ace Attorney Chronicles, and fight crime. And if traveling to the past and present isn’t enough, try out the dystopian future! Get your neon shades on, and jump into the city ruled by a megacorp and clean out the slums in The Ascent. Fantasy more your thing? Enter a world full of dinosaur-like monsters in Monster Hunter Stories 2: Wings of Ruin, and befriend the Monsties. Or explore Hyrule and save the legendary princess from evil conquerors in The Legend of Zelda: Skyward Sword HD.

There's plenty more to be excited about for the rest of the summer, too. Maybe your favorite game wasn't included here, but don't worry because we're looking ahead to August, too. We've got our eye on all the most exciting game releases headed your way in the coming weeks, like Humankind, Kena: Bridge of Spirits, Psychonauts 2, No More Heroes 3, New World, In Sound Mind, and much more. Dundle is your go-to destination for all the latest gaming info, so check in with us about games coming later this year as well, including Riders Republic, Far Cry 6, Battlefield 2042, and Marvel's Guardians of the Galaxy.

We hope you’ll find the perfect games for your summer vacation gaming time thanks to our July release list. With so many new titles coming out this summer, we’d like to hear your thoughts on our social media channels. Follow Dundle on Twitter, Facebook or Instagram to let us know what you’re playing!

More Game Release Dates to Look Out for in July