3 Tips and Tricks for Call of Duty: Modern Warfare II

One of the biggest game releases every year is without a doubt Call of Duty. Call of Duty: Modern Warfare II in 2022 is no different. And developer Infinity Ward and publisher Activision have created the fastest-selling CoD in the franchise’s history. Every game of this series has the same foundation but plays differently every time. If you have any doubts about how to start this game or how to prepare for Warzone 2.0, the new version of its Battle Royale mode, then browse our 3 Tips and Tricks on CoD: MWII.

1. Level up for the best perks and attachments

In Call of Duty you’re nowhere without your perks and weapon attachments. If you're a seasoned player you'll have acquired skills from previous games, and these extras will only take your game to higher levels in Call of Duty: Modern Warfare II. It’s one of the things to find success in the game and you really should prioritize this aspect. Try out multiple guns and whenever you found a favorite, it’s time to upgrade your weapon. There are lots of attachments to improve certain parts of it, like the grip, muzzle or magazine. These help you reduce recoil or give you an extended mag for example.

While experimenting with all these attachments, you can really change your gameplay. My favorite starting loadout is the classic M4 with: Harbinger D20 muzzle, Hightower 20” barrel, Cronen Mini Red Dot optic, Corio Precio Factory stock and Support CP90 rear grip. Good for range, accuracy and recoil control. It decreases the handling, but the M4 is already quite easy to handle. This loadout helps me during medium range fights and I get slightly more kills. Try it out yourself!

In the case of perks, these could add benefits to your gameplay as well. By adding perks to your loadout, you can, for example, counter certain enemy attacks. With the ‘Battle Hardened’ you reduce the effect of Flash, Stun, Gas Grenades and more, while ‘Double Time’ doubles the duration of Tactical Sprint, and with ‘Ghost’ you are undetectable by UAVs, Portable Radars, etc. These are only a few of the tactic perks available in Modern Warfare II.

And what is the most efficient method of leveling up you ask? Playing objective-based game modes definitely pays off more when it comes to ranking up, like Hardpoint and Domination. But of course, leveling up is not everything, just have fun and play what you want. Getting those kill streaks on Team Deathmatch or Kill Confirmed can be satisfying as hell! 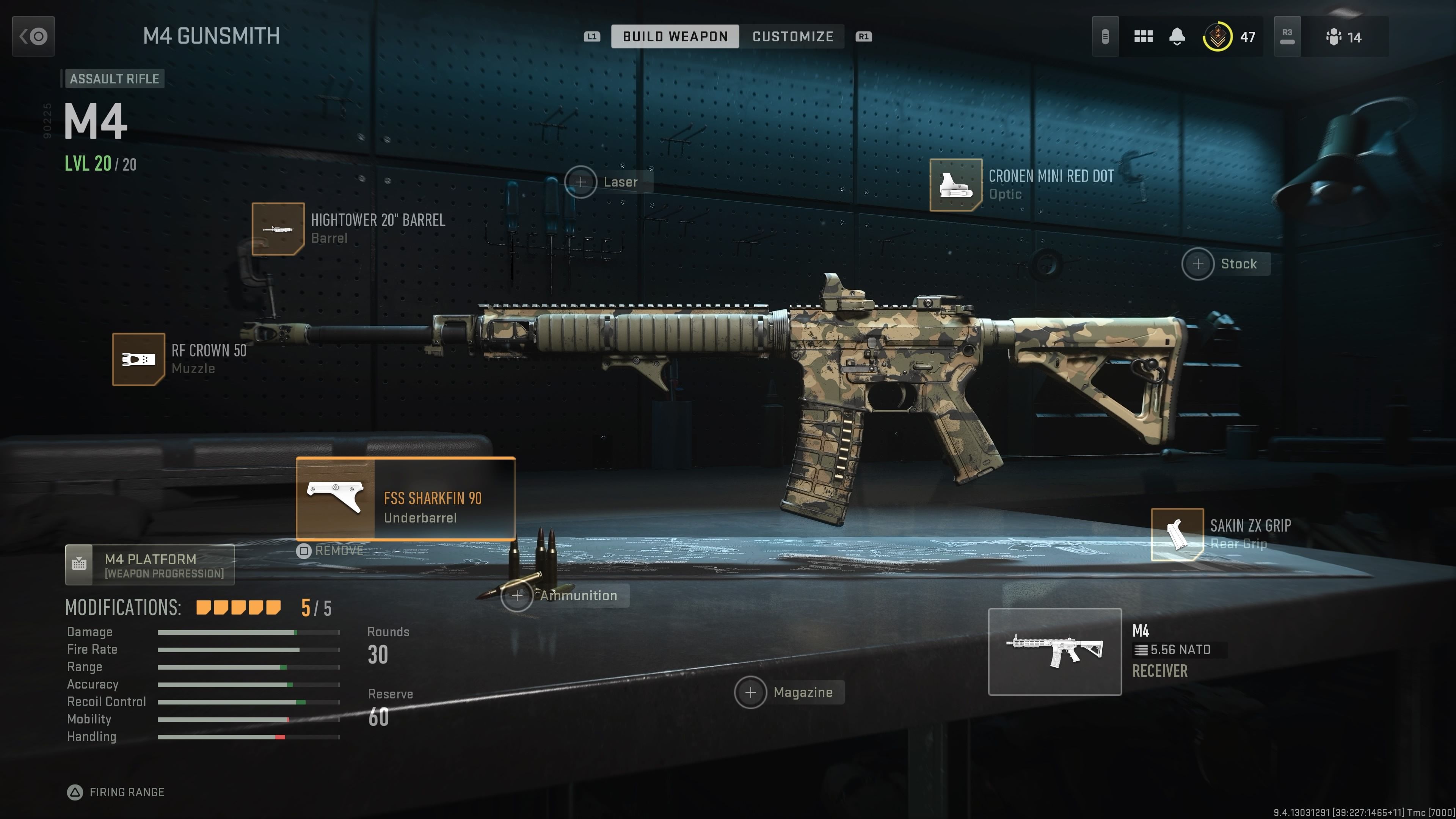 Not necessary in every game, but for CoD: Modern Warfare II wearing headphones or a headset can help with immersion and improve your performance. With headphones, you can really hear where different sounds come from which you can anticipate. If you’re running across the map without seeing enemies, you’re able to notice them through sound. If you’re more of a campaign player, it’s useful for mission orders in for example a sniper mission. Sound design as a whole is very important in the Call of Duty franchise, just like in Rainbow Six Siege, so expect high-quality footstep audio and gunshot cues.

If you don’t have a 3D speaker set or only play through the speakers of your TV, you may react slower and lose your life to enemies more often. So, investing in a headset, even if it’s a cheap one, helps you invest in immersion and performance. That’s killing two birds with one stone! 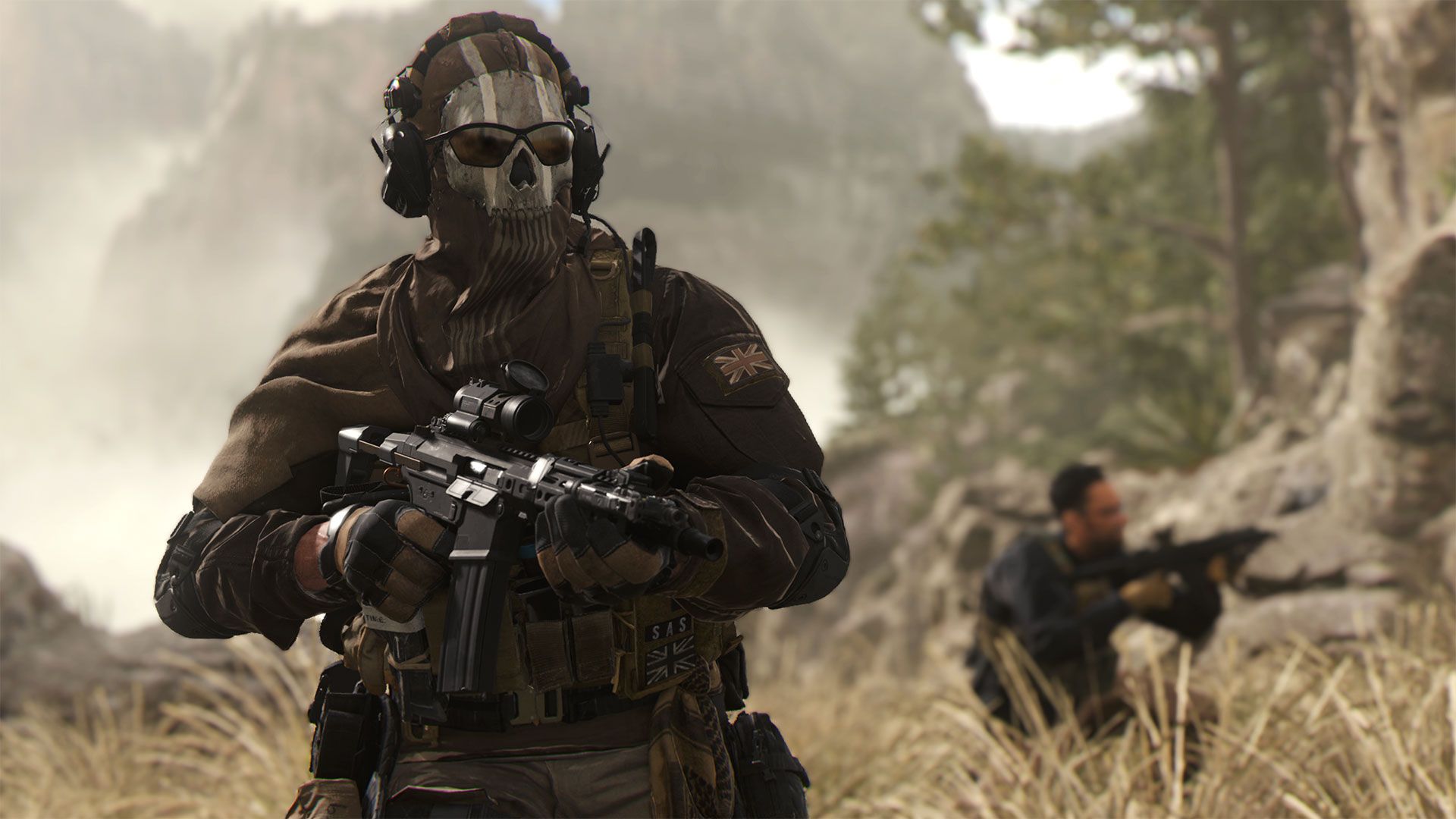 Warzone 2.0, the upgraded Battle Royale mode, was released a few weeks after the base game. In this mode, you jump out of a plane…. again. This time with 149 others on the new map called Al Mazrah. Your goal? Survive alone or with your team by collecting weaponry, kill enemies and outrun the danger of collapsing circles - as the map gets smaller every few minutes. If you’re not in the safe zone on time, you won’t survive the deadly gas.

Still, the multiplayer of Modern Warfare II is a good preparation tool for this mode. Fans of the online multiplayer can get a good grip of what to expect in Warzone 2.0. After putting in the hours, you will know the ins and outs of the gameplay, maps, weapons, attachments and all the other aspects. You probably created one or more favorite weapon loadouts, which also come in handy for Warzone 2.0. Because yes, weapon loadouts are back in this mode! The custom loadouts you created in multiplayer with your favorite weapons, attachments, grenades and perks, will be available in Warzone 2.0.

The new map, which contains parts of campaign areas and online multiplayer maps, will provide you with three methods to get your weapon loadout. ‘Strongholds’ is the first one, where you have to fight AI enemy soldiers and complete an objective. Once the given objective is completed, players can open a special loot crate where they can pick their custom loadout. The second option is purchasing your loadout from a ‘Buy Station’. This station offers all primary weapons with attachments that you have in your custom loadouts for $5,000 each. Con: it does not include your custom perk packs. The last option is through ‘World Drops.’ During the third circle collapse, loadouts will be dropped from the sky. But be careful, the loadout drop is visible for every team, so rushing to it is possibly not the best strategy. 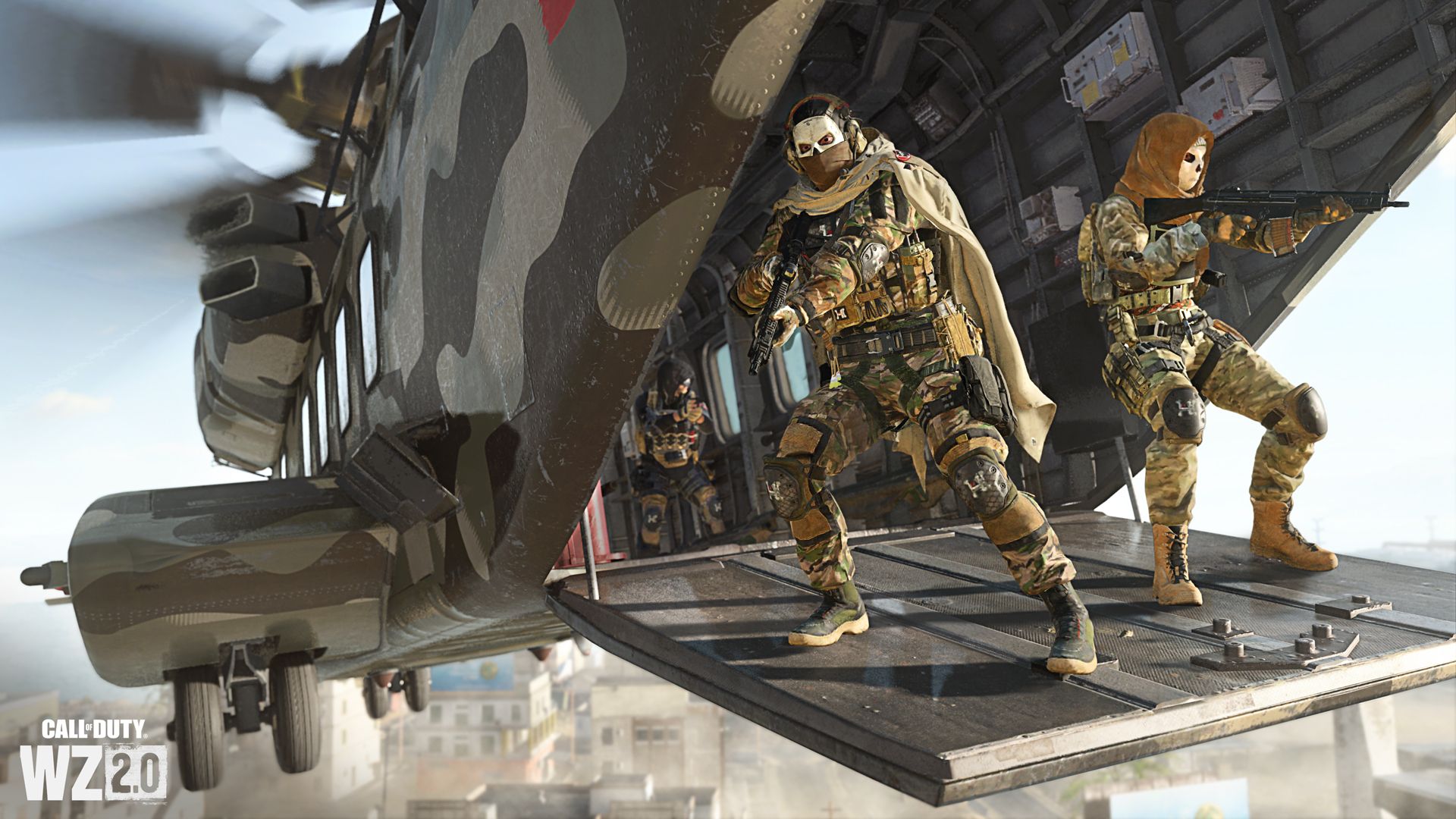 Now reload your weapon with these Tips and Tricks!

Here’s everything you need to know about Call of Duty: Modern Warfare II, its online multiplayer and how to prepare for its free mode Warzone 2.0! These 3 tips and tricks will help you through (the start) of the game and improve your skills as quickly as possible. Want to see some more to get convinced? Check this Modern Warfare II multiplayer trailer to feel the immersion. CoD: MWII released on PlayStation 5 and 4, Xbox Series X/S and One, Steam and Battle.net, available for purchase with game credit on Dundle.