So you’ve paid off all your loans to Tom Nook. Upgraded your house, and that of your 3 other characters. Redone your island from scratch twice and the new Super Mario furniture really doesn’t get you back into the game either? Still, you feel the void that excessive playing of Animal Crossing: New Horizons left you with? Then it’s time for you to level up and get into some really addictive farming simulation games!

The Best 3 Games For This Year's Spring Harvest

If you’re a gamer that likes to water and harvest digital crops and help out cute villagers, March is an exciting month for you! Harvest Moon: One World was released on Nintendo Switch, PlayStation 4, and Xbox One. STORY OF SEASONS: Pioneers of Olive Town is releasing on Nintendo Switch too. Last but not least, the highly acclaimed Stardew Valley received a new life thanks to a big update last month, adding tons of new features, entirely for free! But let’s break it down, one by one so you know which farming simulator game to play next.

3 Games Worth Trying If you Liked Animal Crossing

Harvest Moon is a series of original farming simulator video games, with the first game in the series releasing on Nintendo’s Super Nintendo platform all the way back in 1996. Besides allowing you to manage your own farm, the game also sends you on numerous quests to save the Harvest Goddess and her Wisps, giving the player plenty of stuff to do after harvesting the day’s crops.

New Features: ‘Expando Farm’. Allows you to pick up and take your farm anywhere in the game’s open world. No more being stuck in the same place! 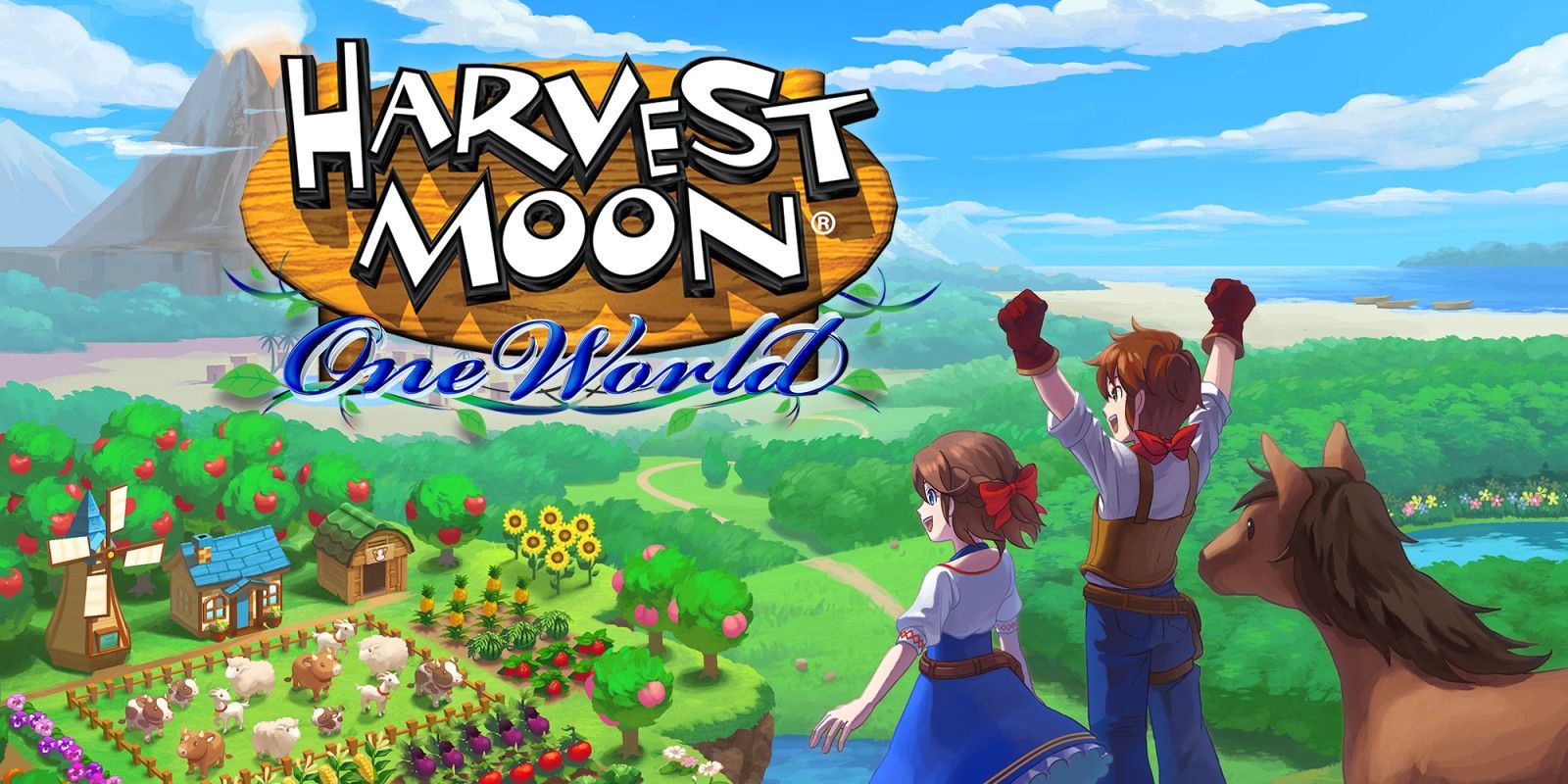 Story of Seasons is seen as the real successor to the Harvest Moon games, as the original developer/publisher lost the rights to that name. So they simply spawned a new PRG video game series inspired by the same genre. We can’t tell you too much about the game itself, as we couldn't play it ourselves yet, but in an interview with Eurogamer the game’s director views the game as a ‘new chapter’ that really gives new life to the series. New Release: STORY OF SEASONS. Pioneers of Olive Town was released in Asia earlier and finally launched in the USA (March 23) and Europe (March 26).

Last month, Stardew Valley received its free 1.5 update adding tons of new features and things to do in Pelican town. The list of new features includes, but is not limited to new locations, new NPCs, new farm layouts, a swath of new items and customization options as well as tons of bug fixes. If you haven’t played a farming simulator in a while, it is definitely worth revisiting Pelican Town! New Features: Too many exciting features have been added. Just check out the full changelog. 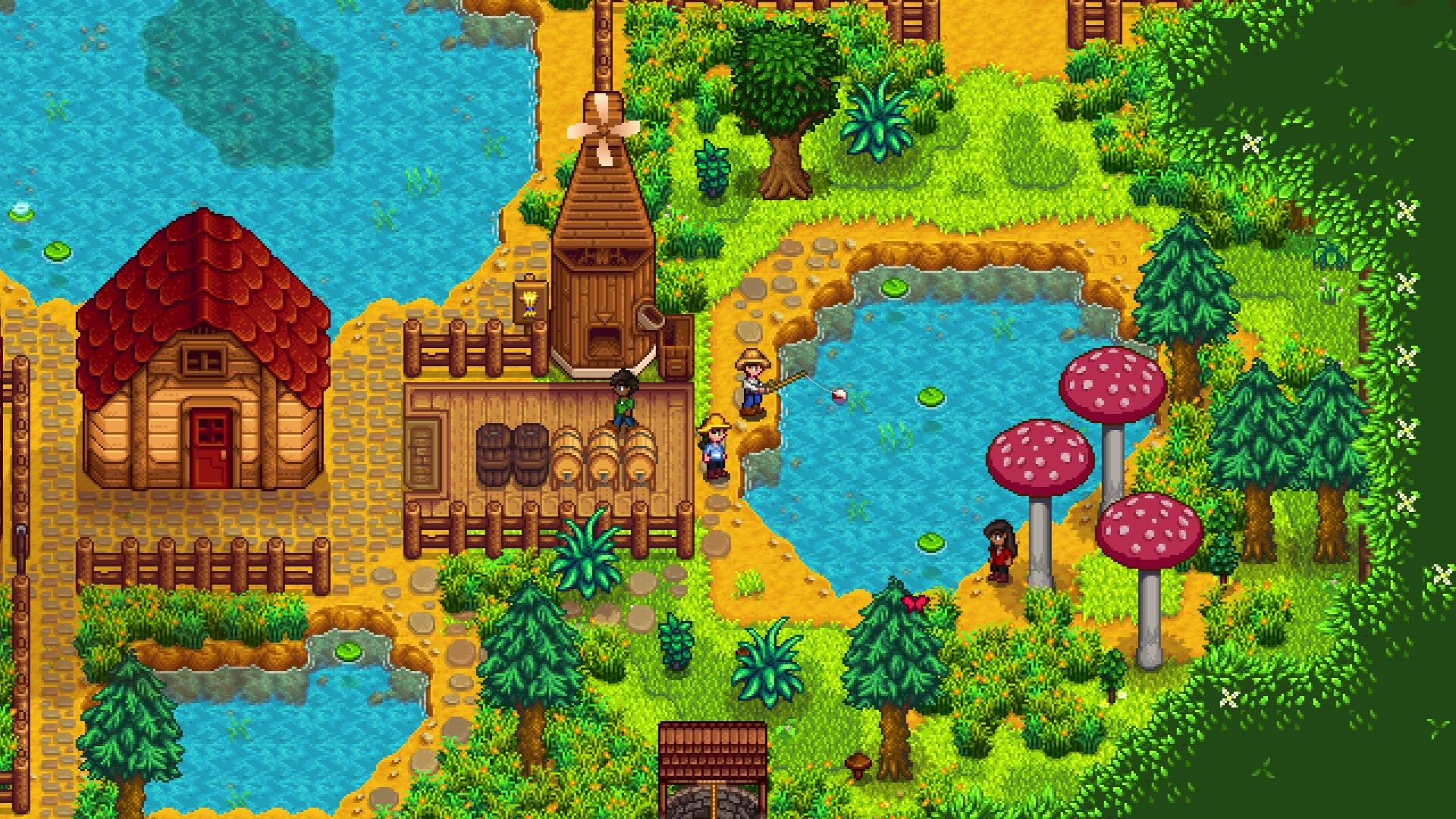 Get your harvest on!

Whether you decide to have a go at discovering the new Olive Town or return to Stardew’s Pelican Town - you’re sure to have a blast with any of these 3 titles. If they don’t end up scratching that Animal Crossing itch, rest assured that Tom Nook will always be waiting for you with new updates back on your ACNH island! And if your virtual farm life is still lacking, we’ll leave you with a list of relaxing farming simulation games that resemble Animal Crossing, but can be played on Steam (PC).

Bonus: Our list of laid-back ACNH-like games to play on Steam

PC gamers can rejoice because the list of farming simulation games that can be played on Steam is ever-expanding: